The favorite winter meeting place for the international art world. 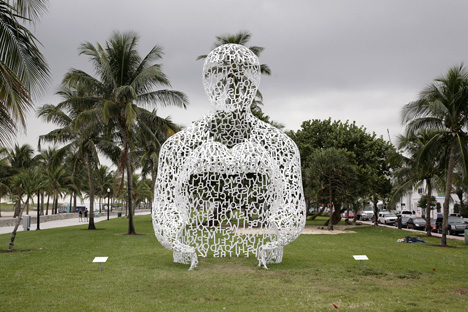 We’re not sure what puts the “Beach” in Art Basel Miami Beach, as the entire city (and it’s a big one), turns into a giant gallery with events, exhibitions and fairs related to the production and consumption of art and design. 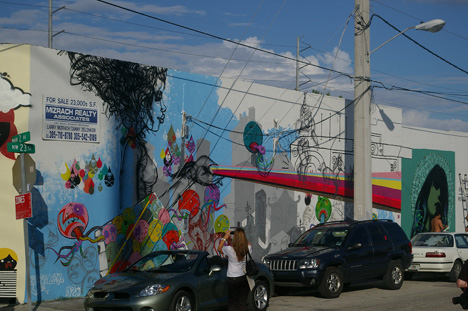 Hot younger sister to the more austere Basel version in Switzerland, the sixth edition of the Miami fair attracted the heaviest foot-fall yet, with NetJets flying in a record 220 private planes, containing myriad collectors including Dennis Hopper, Kyle McLachlan, David Geffen and Martin Margulies. We acclimatised from a snowy New York with the spectacular Artists Ball upon arrival. 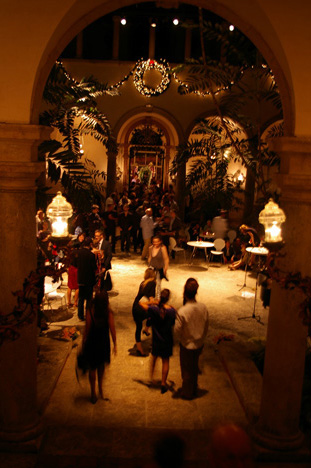 A short cab ride Southbound followed by some stern words with the guest-list lady and we found ourselves in the palatial Vizcaya Museum and Gardens: a sumptuous and vast array of ornamental turrets, courtyards and gardens offered a treasure hunt of bands, exhibits, DJs and cocktails.

After an emergency purchase of sunglasses the following morning, we headed to the main art fair at the Miami Beach Convention Centre which, like most convention centres, is a dreary melange of harsh lighting, artificial air and garish carpets. Despite this, the lineup of top notch installations, sculptures, paintings, photography, and videos presented us with an unexpected time-keeping challenge as we tried to schedule it all in to our 3-day stay. 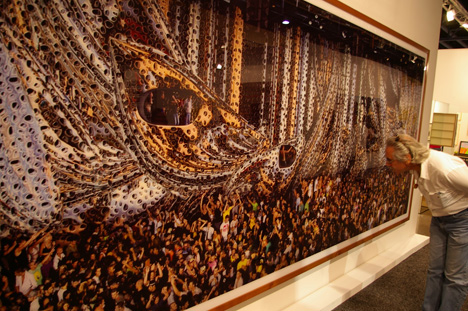 Outstanding highlights were Andreas Gursky‘s “Cocoon”, a 5.2-metre-long photograph of a Frankfurt nightclub; 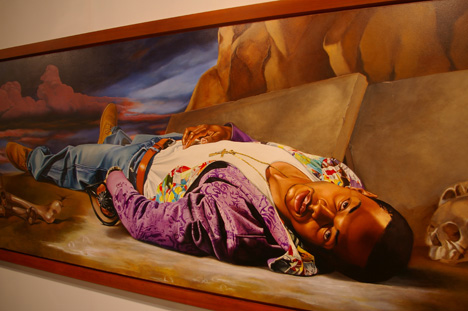 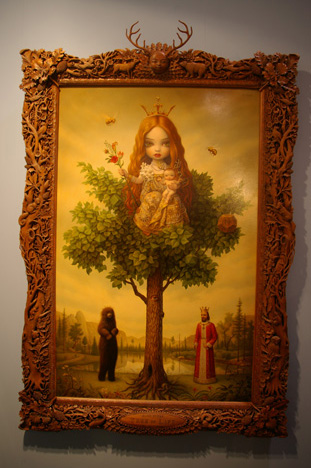 Mark Ryden‘s “Tree of Life” which tempted us want to become millionaires (or art thieves); 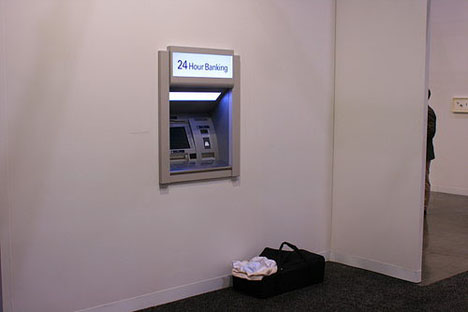 And the de Carlo Gallery‘s fake-ATM-plus-abandoned-silicone-baby installation – a cheeky nod to the event’s frenetic consumerism (FYI very few people noticed the baby, while many got cross with the non-functionality of the ATM). 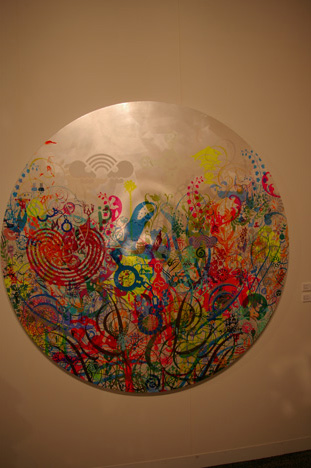 The ever-brilliant Deitch projects took up way too much of our time with an unbeatable line-up of artists including Barry McGee, Ryan McGuinness, Mariko Mori, Swoon, and Vito Acconci. 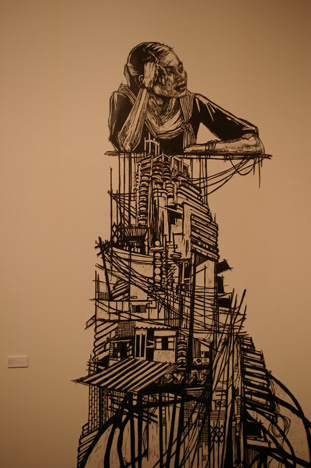 As with previous years, the more edgy and perhaps the truer side of the art world was to be found outside of the convention centre.