Seven years since it began in Europe, the OFFF Festival which showcases innovative digital design came to New York City this November for a three day conference.

The lineup of speakers included a range of people that continue to shape and innovate using digital tools in their work. Speakers included established motion designers such as Psyop, Motion Theory, Tronic Studio, Gmunk, Rob Chiu & Dstrukt. Many other fields of work were also represented, interactive design, music, product design, print and art. 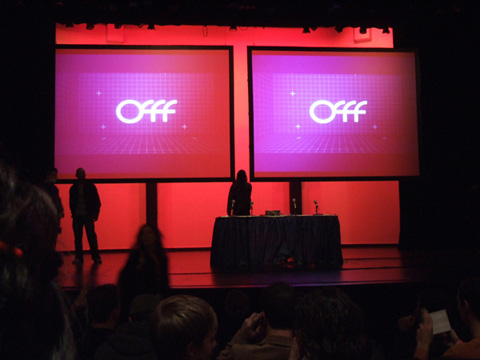 Kyle Cooper and Neville Brody were two of the speakers I was particularly keen to see, especially having been familiar with there work for so long but never actually having heard them talk in person. 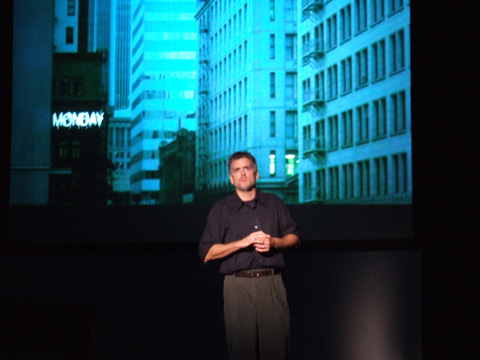 Kyle Cooper is famous for pioneering the craft of title sequences after creating the opening for the film ‘Seven’. This title work for a major film is seen as one of the pivotal pieces of design for the screen, and one of the reasons I found my way to doing motion design for a living. Clearly a confident and expressive speaker, it was a great opportunity to hear Kyle Cooper’s ideas and approaches to title design which he advocated as integral to any film. His work today reinforces the idea that a good title sequence can strengthen a film’s story rather than just bookend it. 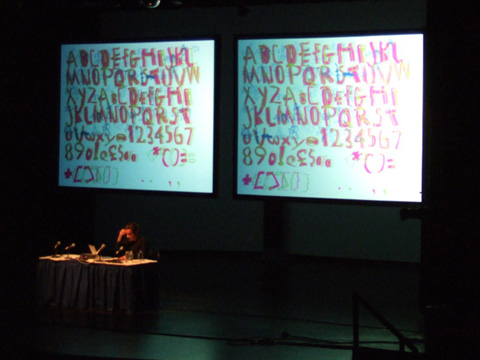 Neville Brody was another veteran speaker who’s print design has long been seen as pushing the boundaries for almost two decades. It was again great to hear someone who I’d known almost as an institution through design school speak about some of the roles that designers face today. The ever changing landscape of the profession has made Brody both excited and apprehensive by the ease and speed at which design can now be created. A strong advocate of designers taking initiative when it comes to expressing ideas, Brody continues to push for thoughtful engaging solutions within design.

The variety of speakers at OFFF NYC resulted in the event touching many creative areas that show how digital technology has become synonymous with how most designers, artists, musicians can create and shape their work. This event was all about showcasing innovative examples while underlying the importance of continuing to push the limits of that technology.