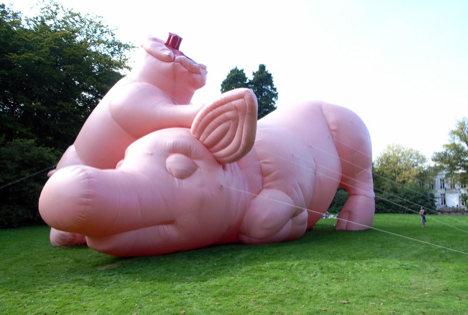 His current exhibition shows massively large inflatable sculptures. McCarthy focuses on sex, agression and the current main stream of violence in daily mass media. But still it’s funny to see an enormous black plug between some trees. Or two piggies of which one’s head was chopped off. 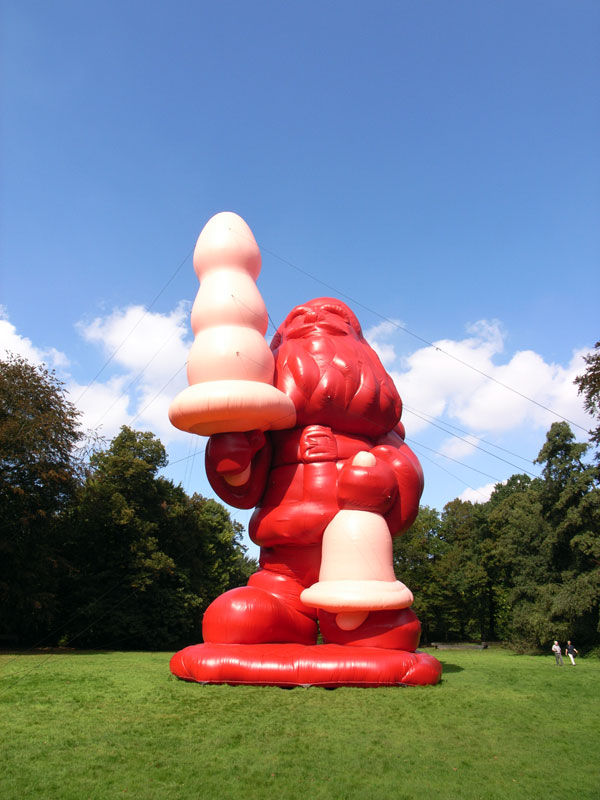 The museum is located behind the University of Antwerp, near to the Middelheim Hospital, in the southern suburbs of Antwerp. It’s a large green park, ideal for a walk at sunny weather. If there’s too much wind, the statues will be deflated for security reasons. 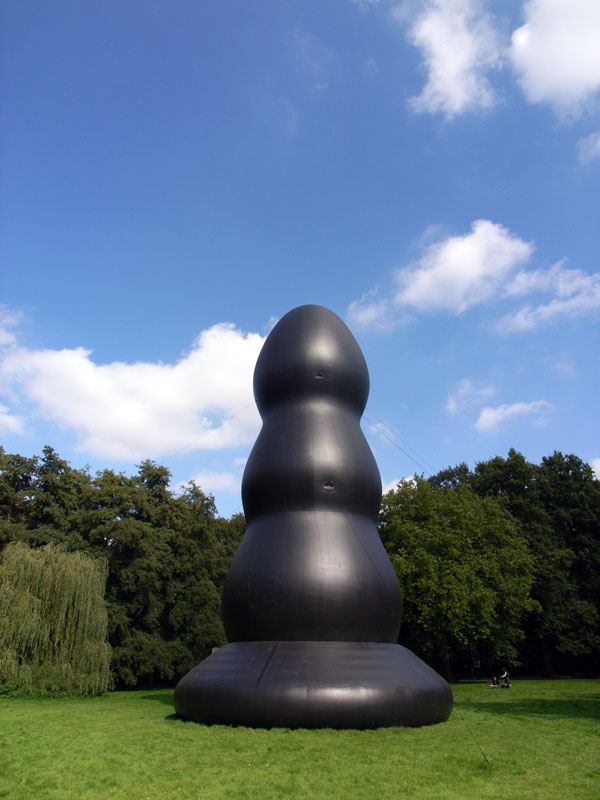 The temporary exhibition at the Middelheim Museum is located between the sculptures of the permanent open air collection. Admission is free.