The Lisbon International Documentary Film Festival, Doclisboa, is now in its 5th year. This documentary festival’s reputation is raising throughout Europe.

The main venue, ‘CultureGuest’, is located inside a huge bank and has a 600 seat theatre as well as a meeting space for guests and a head office. Various cinemas throughout the city are also venues for the festival as well. Lots of films are screened from the 18th to the 28th of October. Some films finish around 1 a.m., but most people people attend the daily programs. 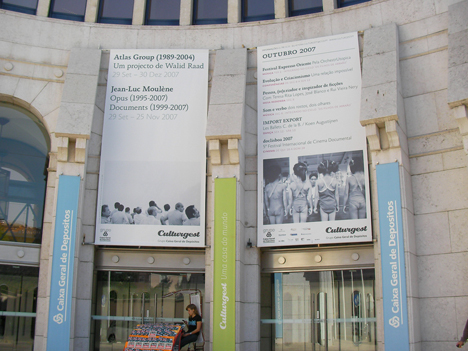 As for a Portuguese documentary film director, Pedro Costa, who directed “No Quanto da Vanda”, must be best remembered in Japan. However, the director Anna Isabel Santos Strindberg says that there are not so many opportunities to see documentary films even in Lisbon, and most of the films in cinemas around the city are American, Hollywood entertainment ones. There is, of course, a course for studying film making at Lisbon University and many young film makers graduate from there. 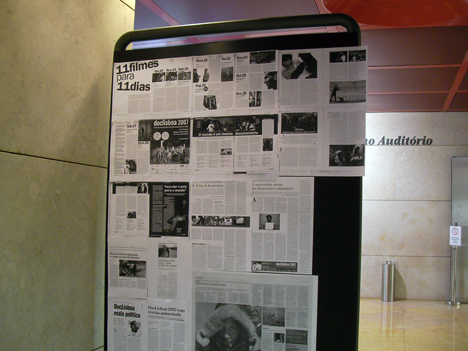 The program consists of international competition, national competition (competition of films produced in Portugal) as well as ‘film diaries and self portraits’ (feature films that are close to what people call “self documentary” in Japan). Last year, Japanese writers were featured. Works by Naomi Kawase and the late Makoto Sato were shown. You can’t find many Japanese nor for that matter Asian films in this year’s festival. Still, there are various kinds of films, mainly from Europe, so the audience will not be bored during the ten day event.

Although it is impossible to see all of the films, as long as I can see the program I am happy. There are many self-documentary type of films, in which writers film themselves, their families or some parts of their lives and histories as you see in Japan.

Over the past ten years, this method of film-making has changed from film to video, making it easier to produce personal themes. I predict that eventually people will start making these types of films all around the world. Writers no longer need recording or lighting staffs and they can do most of things by themselves using a video camera and PC. Actually, the main sponsor of this festival is SONY and that clearly tells you where the trend in the industry is right now. 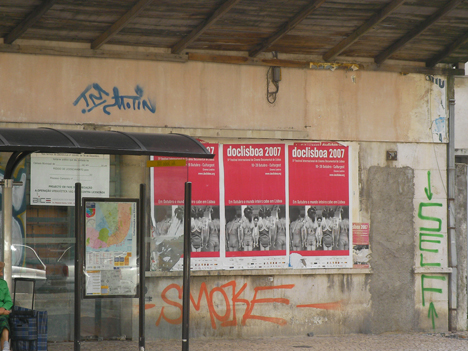 This year was the first time I’d participated in the festival. Prior to this point, I’ve never even visited Lisbon, so I didn’t know anybody at all. But people welcomed me when I told them that I’m from ‘Sendai’, which was featured by Pedro Costa who I mentioned earlier. Also, people name ‘Yamagata’ right after they hear Japan.

I didn’t know that ‘Yamagata’ (Yamagata International Documentary Festival) was such a big name there and that made me recall this common expression, there is no border for films.