It was a Magical night in a beautiful spot, just under Brooklin bridge at the Spiegelworld Cabaret Tent. There were big expectations as folks waited for one of the best American songwriters and music figures, the great Daniel Jonhston. Daniel was there supported by his brother Dick preparing one of those nights you will never forget. 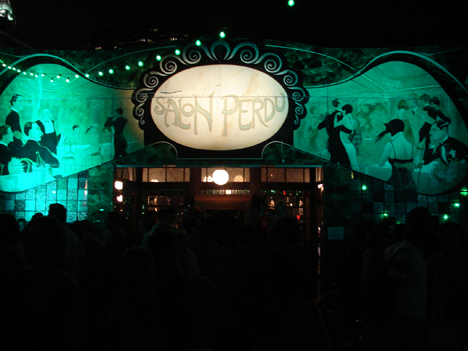 The Spiegelword has a charming atmosphere. There is not a barrier between the artist and the audience, therefore there is intimate contact with the artist. And Daniel is such a presence on stage. I read somewhere that sometimes Daniel’s concerts were quite short but really intense. This particular one was intense and also long. So Daniel was able to present the new songs he has been working on, as well as many songs from his career. 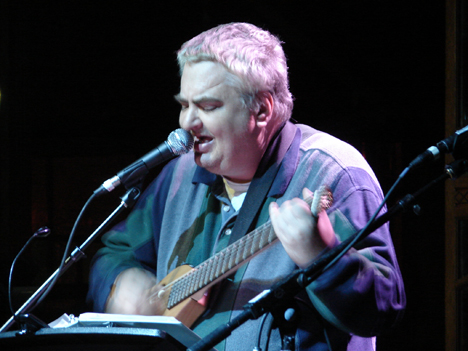 Its an amazing experience when the audience loves the songs so much that everyone wanted to join Daniel, singing together. More than this, the public seemed so pleased and related immediately to the artist. Daniel in one of his songs says ” The Artist walks alone”, but not this time.

Daniel’s song like “Walking the Cow”, “Living Life”, “Devil Town”, “Don’t let the Sun Go Down On Your Grievances”, “Speeding Motorcycle”, “Impossible Love”, sang of them alone with his guitar, some others joined by a great guitar player and friend of him and later he go down of stage to play at the piano. 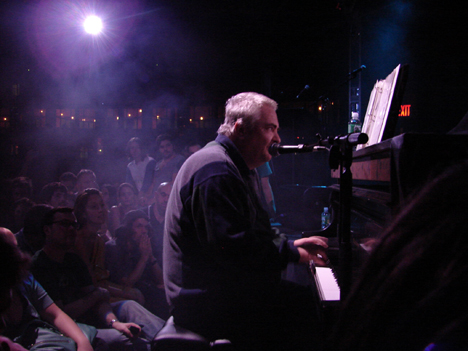 It was an emotional and magic night. Actually it was one of the best concerts I have ever been able to see and I think I’m not the only one that thinks so. It was great to see the Austin singer, the artist performing and singing the songs that has make us dream over the years.

I hope that Daniel will continue playing and that the new album he is preparing will include a big tour that jumps from the U.S.A to Europe, Japan and many places worldwide. And remember that “True Love Will Find You In The End”. Thank you Daniel.