WORLD.UNIQLOCK was launched as an online campaign, UNIQLOCK, for Uniqlo’s summer line-up on the theme of “Dry”. 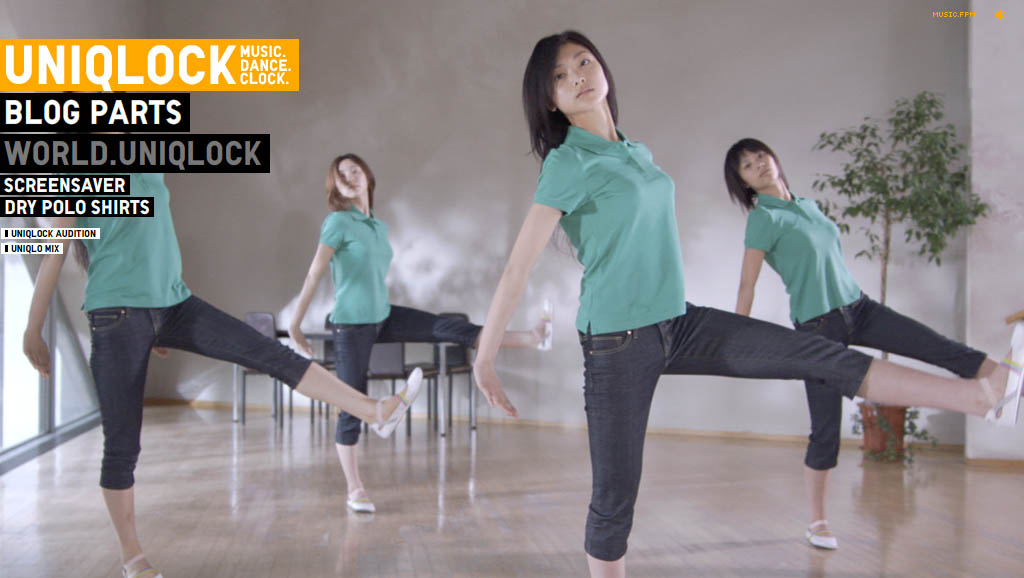 This UNIQLOCK is the 2nd series of UNIQLO MIXPLAY, which was launched last autumn, this was somewhat the talk of the town. The theme of this campaign is to spread the approach of Uniqlo globally through communication in fashion, music and dance beyond the language barrier.

The blog parts feature dance movies, and 4 female dancers, who were selected out of 16 in an audition, dance along with the time signal. Special dance sequences featuring a dance unit, core of woomin, are also shown at certain times. The music was composed by Tomoyuki Tanaka of the Fantastic Plastic Machine, specially for this campaign. 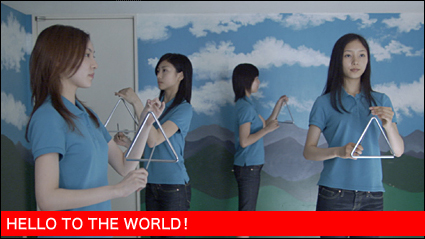 A new alarm function which displays the user’s desired comment at chosen times has been published since 29th June. 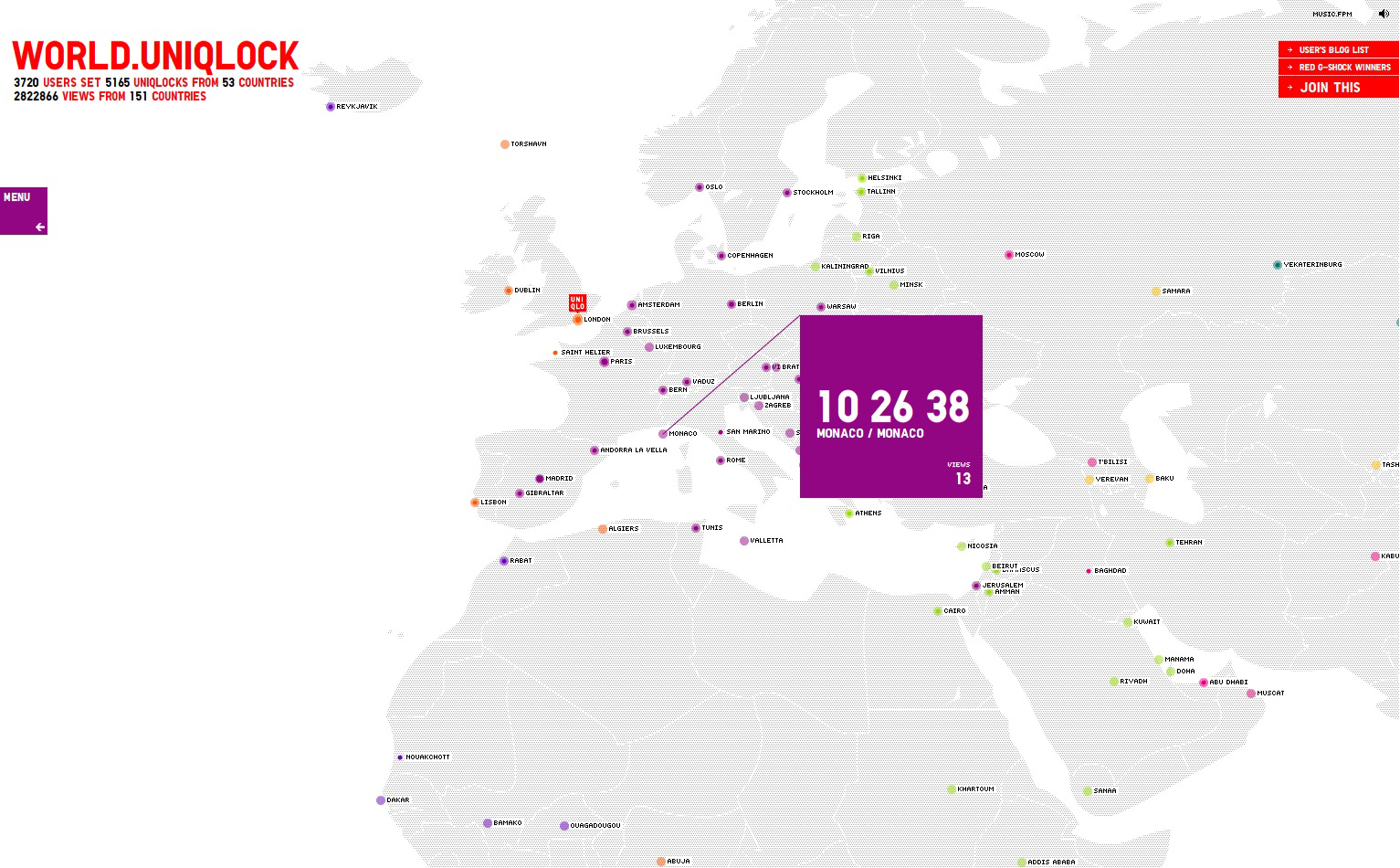 The WORLD.UNIQLOCK also has the service, which shows the number of the users who displays the UNIQLOCK on their blogs, and the distribution of those bloggers on a world map.

Moreover, the UNIQLOCK G-SHOCK Prize starts from today the 5th July, and out of all the users who featured the Uniqlock on their blogs since the campaign site opening day (15th June) the selected 60 bloggers will receive the prize, one user each day until 2nd September.

Uniqlo, the casual fashion brand from Japan, is now spreading all over the world via New York, London, Hong Kong, South Korea and China. With the theme of “global”, Uniqlo will continue to develop its promotion, which enables people to participate all over the world.