I saw the sunshine through the clouds just after the rain. But then I heard thunder as I went out. I was all wet when I got home then again, the sun came out. In this dramatic weather, DESIGNMAI was held from May 12th to 20th. This is the fifth event, and they have became very popular in Berlin. They chose to hold it at the main hall on the first and second floor of Hackescher Markt station, which is the one of the oldest stations in the center of Mitte. You will find lovely shops and cafes around the station. It’s a cool place to hang out. 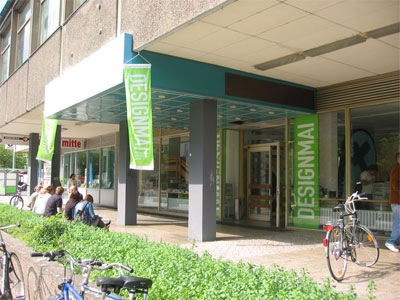 The main theme is “DIGITAL ABILITY”. The 86 projects, such as exhibitions, symposiums, and discussions have been seen everywhere in Berlin. It seemed a bit smaller and compact compared to the one held last year, which they dicided on a 9000 squire meter old station. Although the size of the main hall, when you are in the center, it is very easy to look into other halls; I saw many people walking with a brochure. 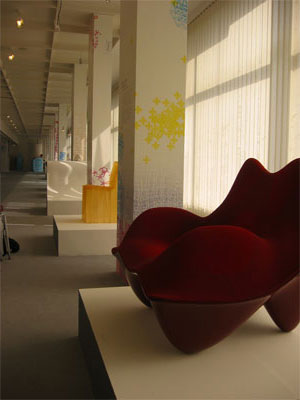 Creation, production, communication were the theme for the exhibition in the main hall. Furniture, flower vases, lamps etc. They suggested a connection between design and digital technology with various style. 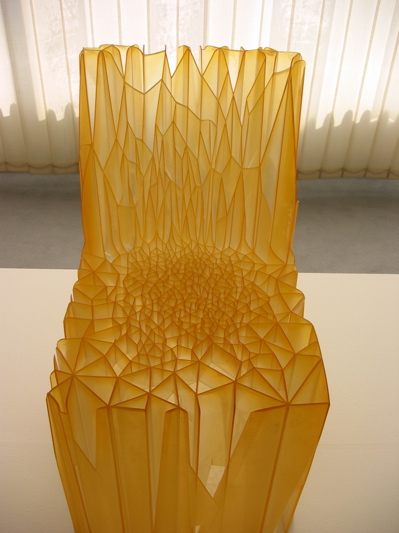 As a result of much research, Patrick Jouin found “SOLID C1” is a technique for making prototypes quickly. He explained that the surface became like a bee’s nest when he cut the materials as he does with wood. 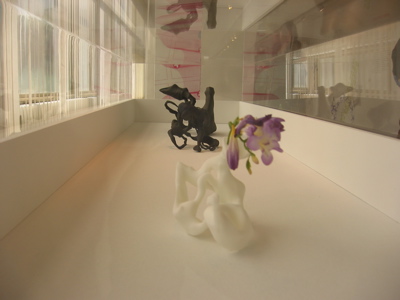 These odd shaped flower vases are “Airborne Snotty Vases” by Marcel Wanders. The design comes from the spit patterns of sneezes. These patterns are scanned in 3D, printed out, and made into these vases.