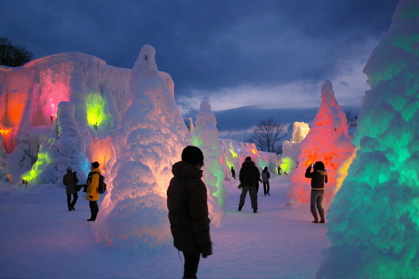 Terje Isungset is a percussionist taking an active part in Europe, based on his musical experience of Jazz and Scandinavian music for more than 20 years. In a book called “Percussion Profile”, he is selected as one of the 25 most creative percussionists in the world, and gathering public attentions with the uniqueness of his poetic and simple sound making, using Norwegian wood, stone, sheep’s bell, and ice as an instrument. 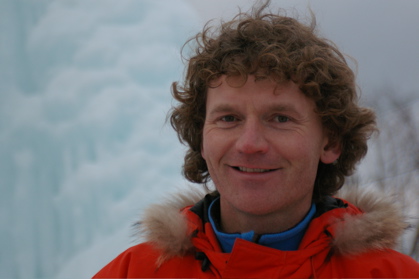 Also, Arve Henriksen who collaborated with Terje in this concert is a trumpet player from Norway as well. He graduated from music department of the Trondheim University, and started his career in 1989. His musical talent was highly valued, and in 2004, he was selected as one of the represents of Norwegian Jazz’s new generation. 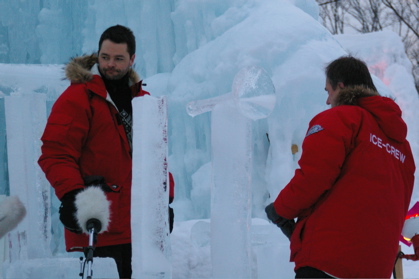 The second and the last day of their concert, before sunset, Terje and Arve were doing deliberate sound check together with a dependable engineer around the special stage at the festival site. “The concert last night went very well. But today, some of the instruments were broken by the sun in the daytime. The hardest thing is to control the condition.” They were shaving ice sticks to control its sound, taking very special microphones on ice in minute detail and covering ice faces to avoid one of archenemies, wind, while giving some parts of ice instruments, which cannot be used anymore, to the kids sometimes running up to them.