A Nice Set, a traveling art exhibit of one of a kind slip mats, opened with a party at Tokyo’s Reed Space on Feb 2nd in funky and fashionable Aoyama area. 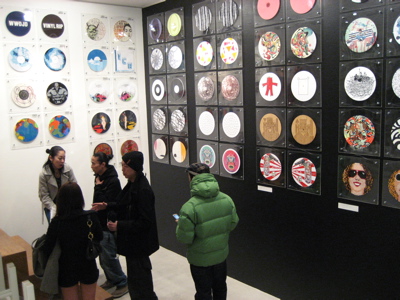 The show is comprised of work by 34 artists from all over the world, including Japan’s Republic of Regina, Maki Kawakita, and Yuko Shimizu, and other international visual artists. The slip mats in the collection are inspired by and reflect the diversity of DJ culture, which represents hundreds of musical genres from around the world, each with it’s own scene, its own style and its own art. From hip hop style street art to clean, elegant graphic designs and cheeky rock and roll references, these works exhibit the wide variety of musical and artistic influences to be found in international DJ culture. 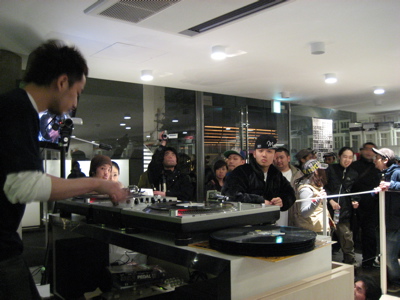 Scores of Tokyo’s young creative types came to party at the opening, which kicked off the exhibit’s month long stay at the Reed Space. (The show runs through March 3rd). DJs Masaru, Minoyama, NAN and DMC Champ DJ Tomu rocked the turntables, as plasma screens let the crowd check their technique. 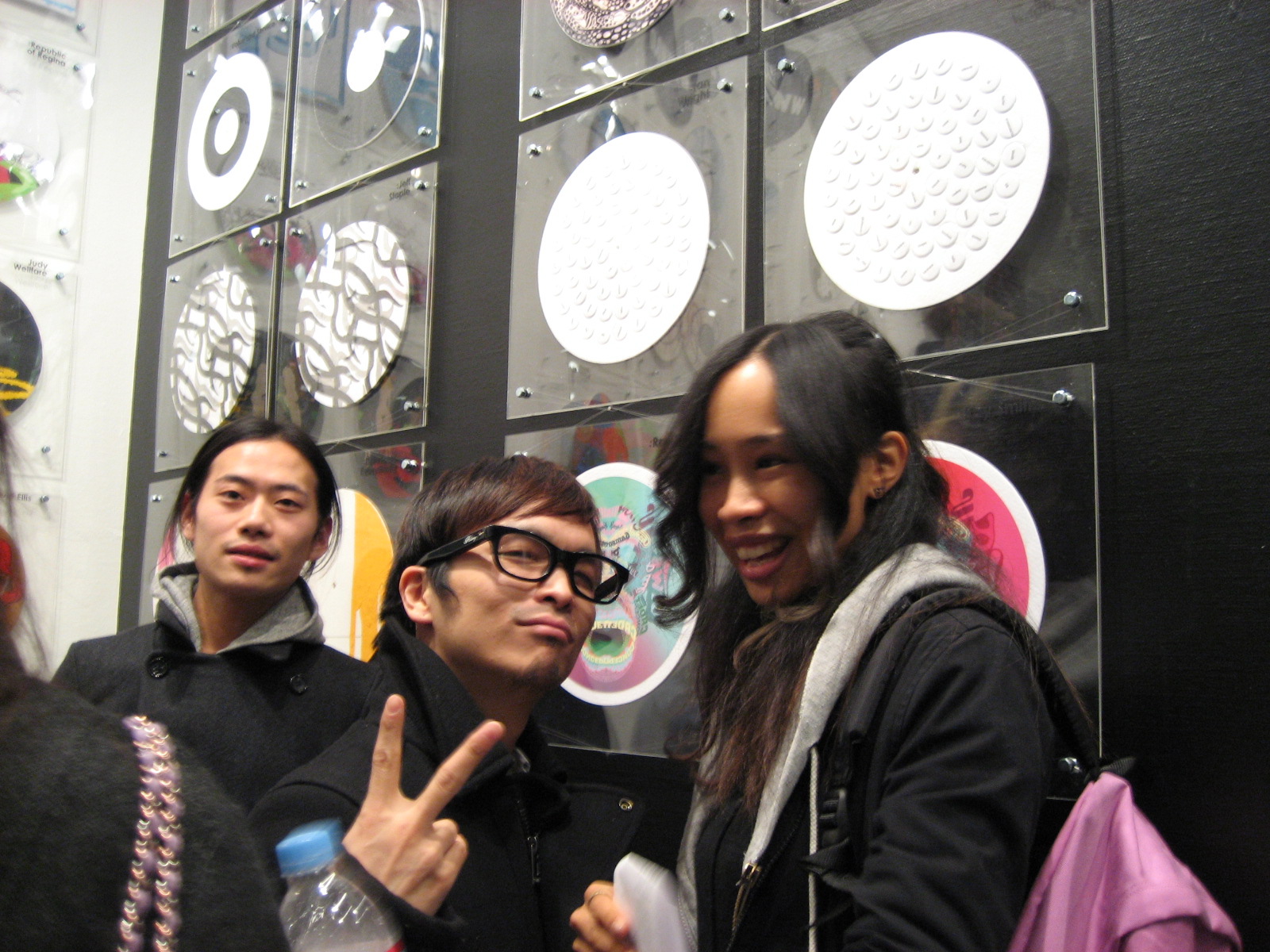 Nice Set masterminds Jeremy Hollister and Jeff Staple flew into town from New York that night and headed straight for their project’s opening, joined by VIPs such as Nike’s Fraser Cooke and Takashi Hasagawa, Ito of Warp Japan, Photographer Yonehara and Model Sakiko Sugamo seen on Staple’s look book, Levi’s Mike Ikeda, and others who came down to check out the slip mats and the impressive DJ roster at the event. 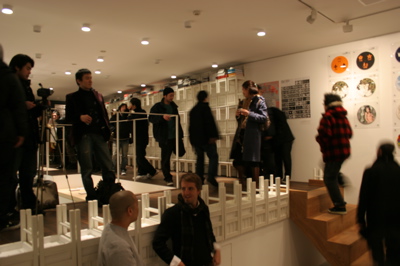 The A Nice Set tour continues on to cities across the globe in the coming months, with stops in Paris and New York this spring, and with it goes it’s companion book of the same name which features art from the exhibit, as well as interviews with groundbreaking DJs, including Jamie Lidell, A-Trak, Danny Krivit, Bobbito Garcia, and others. The book as well as usable reproductions of the slipmats in the exhibit are available for sale at aniceset.com. You can also see the website for more info on the project and the tour.