Let’s consider this gig the real re-opening party for a city that have languished for the whole summer break since the alternative celebration provided by the art world – Start, a weekend of vernissages – has been disappointing. To say the least. 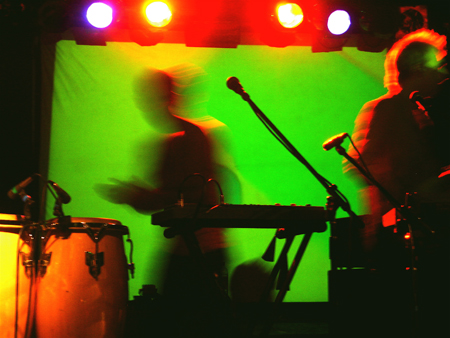 Hot Chip are not a brand new band: In 2004 they had released “Coming on Strong“, a record that mixed melancholic synth-pop, electronic funk and traces of hip hop. The album created a buzz – mainly amongst journalists and hardcore music fans – and produced a wide range of opinions: for every fan that considered them the freshest and most promising young British band there was a sceptic that found Hot Chip to be too acerbic and ironic. 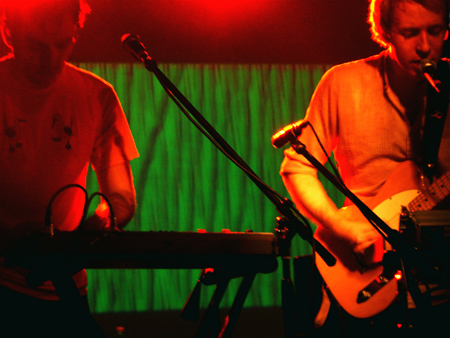 In 2006 they came back with the acclaimed “The Warning” released by the excellent dance recording label DFA. A much more subtle and mature work that incorporates an experimental vein to their sound. 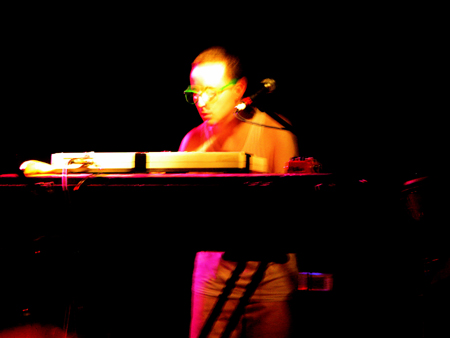 Live, the Hot Chip are a solid ensemble: they favour house music square directness over bouncy electro – funk rhythms, catchy and linear synth riff over sonic details. The contrast between the high-pitched voice of Alexis Taylor and the baritone of Joe Goddard is very niche and even tough Hot Chip do look as typical nerds, they know how to throw a party: after a brief warm up, the whole audience started to dance and – in the second half of the show – became hysterical. It’s a pity that the Rainbow club’s walls are black: this music could be more profitably served in a colorful environment. A nice recreation ground maybe.