I took part in the Burning Man project held in Nevada, USA, for the first time. This event takes place every year for a week from the end of August to early in September. This is the event that all visitors are not viewers but participants, buying and selling is strictly banned except some special cases, people camp in desert, and that various music, dance, performance and works get together. I’m not sure exactly why I thought I was going, but I’ve been curious about this event since several years ago, hearing exciting rumors about it, and then I just thought I should go. 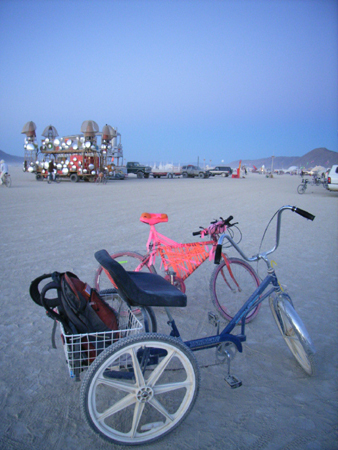 It was terrible stormy day when I arrived the place, and there are many people wearing sunglasses and masks at the box office entrance of the desert. I was in a negative mood as it was terribly cold after taking a long flight after an all-nighter, and became anxious whether I could hold up for the next 4 days with this start of threadbare condition. But anyway, I entered BURN striking a bell of “FIRST BURN”. And then, I couldn’t believe my eyes with the world in the center of broad desert, which blowed off my anxiety all on a sudden. 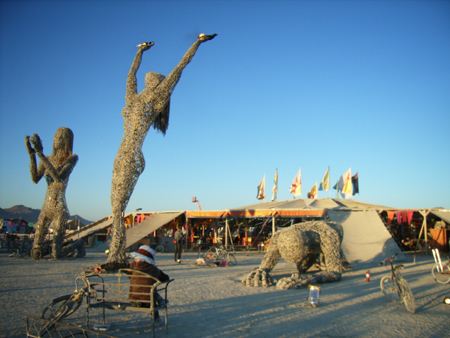 I cannot explain well enough even after the event passed. You have to see it to believe it, and I think I shouldn’t write blow by blow, but I’ll show only things I was interested in. While I still think there should not be a report for people who are going there next time. 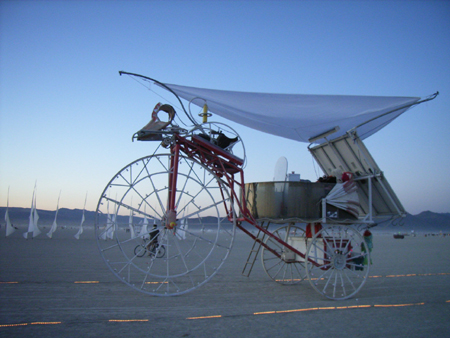