Berlin is Germany’s largest city and one of the most influential centers in European culture while Shanghai, the economic capital of the middle kingdom, is building skyscrapers faster than at the speed of sound. So what do Berlin and Shanghai have in common? Both are dynamic and fast-growing cities with vibrant arts scenes. And why yes, both Germans and Chinese love their beers equally much. 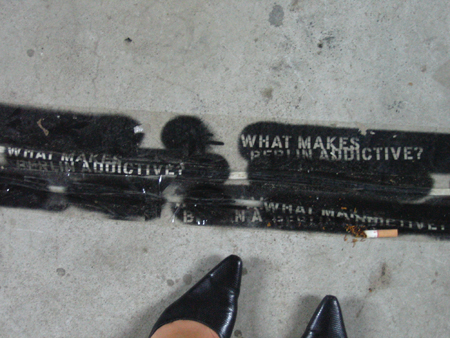 The first installation of the exhibition, jointly organized by Berlin China Cultural Bridges e.V. and Coordination Berlin, brings Berlin to Shanghai 8,419 km away, right into the backyard of people who have never been to Berlin or who do not have the faintest idea of how Berlin is like. Held at Vanguard Gallery, the exhibition has the grey cement walls of the venue plastered ceiling-high with posters. 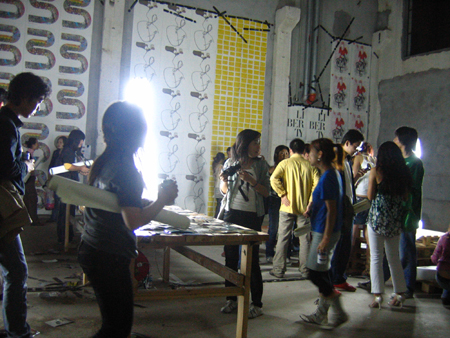 Berlin has come a long way since the 13th century as capital of the Kingdom of Prussia. Today Berlin is known for its festivals, museum and liberal lifestyle, attracting thousands of visitors every year, young and old alike.

So what really makes Berlin addictive? That is the question posed to young graphic and media artists as they design posters that best represent Berlin. Says Anne Rottig, Chair of Berlin China Culture Bridges e.V., “Berlin is becoming very international in the last few years and is a melting pot for people from all over, allowing for strong exchange of cultures.” 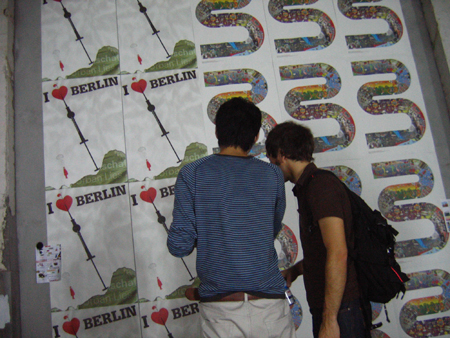 Design/illustration artist Oliver Wiegner who moved to Berlin 2.5 years ago, thinks people should see Germany beyond Oktoberfest, for instance, Berlin has great club and indie rock scenes. He added, “Life on the Berlin street doesn’t stop. There are a lot of junk on the streets and everyone’s free to take them or put out more junk items, changing the landscape of the city as they like.”