Approximately 60 top artists from 21 countries living in Berlin got together for this exhibition “ANSTOSS BERLIN” in Haus am Waldsee. This museum is located in a suburban of Berlin, Dahlem area. Despite its small appearance, it’s carried the best and brightest exhibitions as a contemporary art museum since 1946 that is the German incunabula after the WWII. 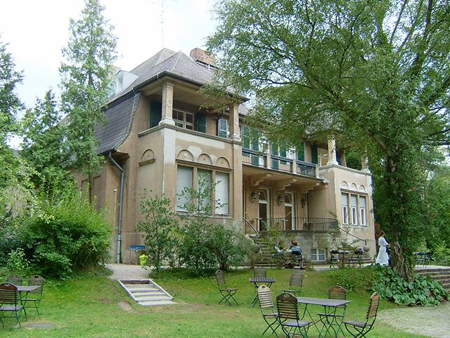 The museum is off a main street in front of a station in a quiet neighborhood. As I stepped in its entrance surrounded by well-trimmed hedges, I saw two fused log houses in an unbelievable shape straight into my eyes (this is Via Lewandowsky‘s work). This work is the very example of the title of the exhibition “ANSTOSS”, that is, “Clash”. 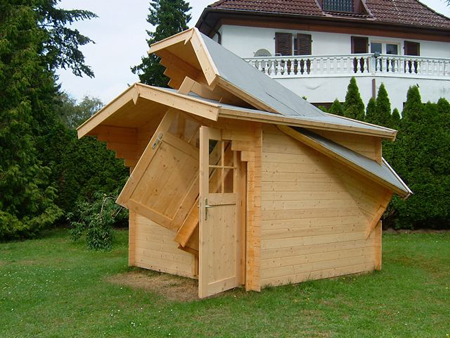 Being symbolized with the title, works in this exhibition are relatively a little beyond general definitions of paintings/sculptures. These works give people “Clash” as they went one step far from these definitions respectively. In another word, I could look down upon artists/works which crowded the recent Berlin-based art scenes at the exhibition. An interesting aspect of the exhibition is that “ANSTOSS” has another meaning “kick off” and implies it was in the same time as the FIFA World Cup.

Soon after I entered into the building and bought a ticket at a front desk, I “clashed” into a performance led by Tino Sehgal. A front desk staff suddenly read loud a headline of a newspaper on that day to me.