Metamorphose is the Outdoor Electronic Music Festival, which is the largest one in Japan and in which great musicians from various genres.

I’ve been a fan of this party and was on the staff of installations this time. I’m not a raver nor familiar with music, but I enjoy it every year, impressed by musicians I didn’t know. I’ll introduce this party from such a standpoint. 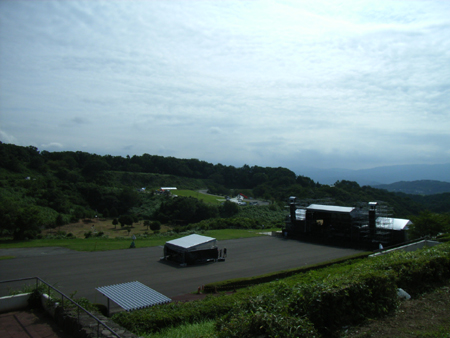 This year it has been held at Izu Cycle Sports Center. I missed the last year’s, so the first time here.

There were 3 stages, “SOLAR STAGE”, “LUNAR STAGE” and “PLANET STAGE”. The main one was “SOLAR STAGE”, which was live show-based. This stage had one-hour interval between each live show, so I thought I’d do as I liked: go to other interesting stages, eat and drink, take a break.

Firstly, Konono No.1 started in the evening, when it got cooler. Once the show started, the stage was packed in the atmosphere like a happy party in late summer. Mountains around me, tents that were rapidly erected, booths, such scenes appeared in sight with delight!

Then, soon I headed for “LUNAR STAGE”. However, it was further than I thought… During the way did installations amuse me. There were many glowing mushrooms (?), someone like a human-powered VJ, who shed light on a big object with many mirrors and reflexed it, and next to it, mirror ball, which emitted dazzling light. I thought “You got meeeeeeee!!”. 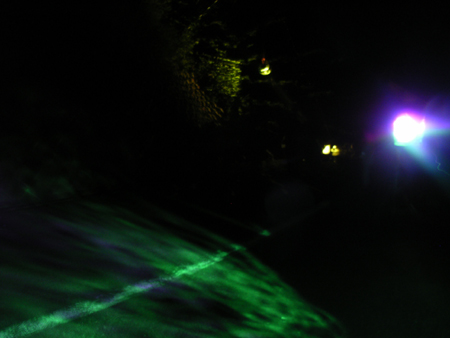 After this festival, I heard: they seem to participate this every year. The glowing mushrooms were decorated by students from IAMAS (International Academy of Media Arts and Sciences). The human-powered VJ was from Kurosawa-gumi. They are linked to the movie director Akira Kurosawa, and stick to human power and say that they operate like this by avocation. The dazzling mirror ball was made by Shinkilow. They are group art, who express chemistry of light and produce the air with new musical lighting technique. They appear at various place.