For all of you familiar with the Netherlands, you may not be so familiar with this location. The GEM gallery is situated on the outskirts of The Hague (Den Haag to the locals). It’s damn hard to find for the first time! But it is worth it when you get there.

The title of the exhibition is “Dutch Masters: Street Art & Urban Painting“, and the GEM Museum invited fourteen Dutch-based artists to “explore the tension between private places and public spaces, both inside & outside of the GEM building” and “is the first major group show of it’s kind ever held in the Netherlands”. 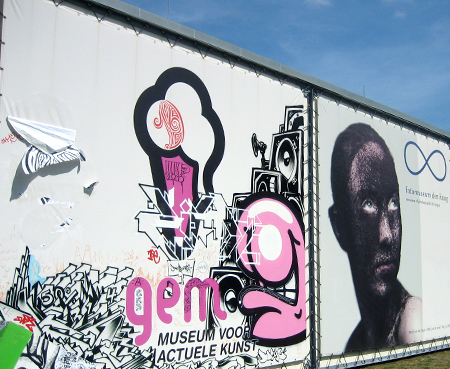 Ok, so that’s enough of the official blurb, this is what you can expect from the show. It is a highly professional and detailed exposition, from the outside in. The first collaborative 3D piece from the 14 artists, sits like an open gash, on the lawn of the GEM, forcing people to stop & question what it is. It then subsequently draws you into the interior, where there are two main rooms that hold the bulk of the exhibition. 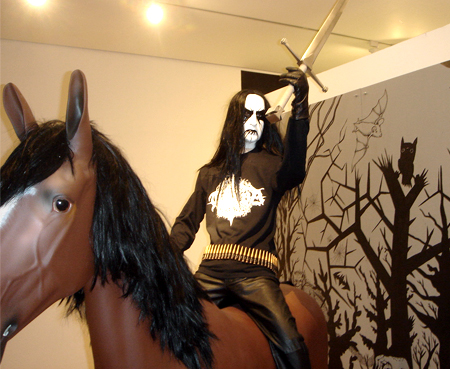 Room 1 featured the dark & gothic work of Antistrot. It’s where Kiss meets graffiti… on a horse. It has amazing attention to detail with deathly overtones, (including a customized Nike Air Force One… nice!). 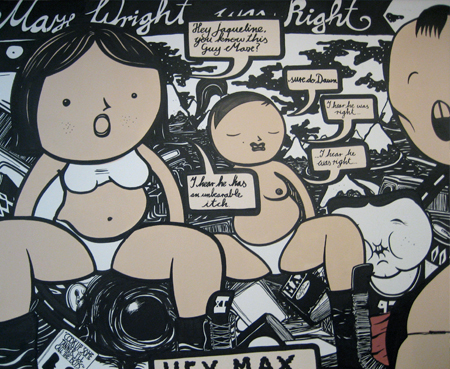 The second highlight is the humorous comic-porn work of Wayne Horse. I loved the minimal use of colour, essentially black, white & brown, & it reminded me of the style of Frank Miller’s Sin City. It was also accompanied by a bizarre & creative black & white film; got to be seen to be believed!!