“BLOW-UP” is a cult Movie depicting “Swinging London” in the mid 60’s. In honor of its 40th anniversary, an exhibition at The Photographer’s Gallery titled “Anotonioni’s Blow-Up:London, 1966 – A Photographer, A Woman, A Mystery” is being held. 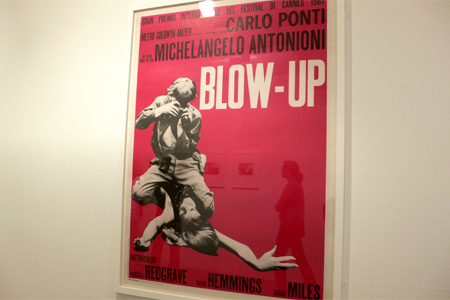 The main theme of this film, made by Antonioni, is photography itself. An arrogant but successful fashion photographer one day saw a young lady and rather old man in a park. He took some photos of their secret meeting. (The way he hides himself is very funny indeed.) When he developed the film however there were signs of murder. 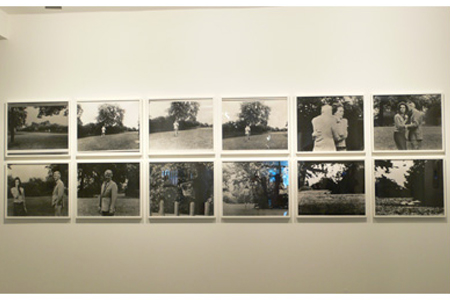 Twelve photographs taken by Don McCullin for Antonioni of the park scene are the highlight of the exhibition. On the screen, the photographer is shown developing and printing the photos again and again. He carefully examines the wide angle shot, expanding certain parts and printed them. You can even see how rough the particles of the expanded parts are. 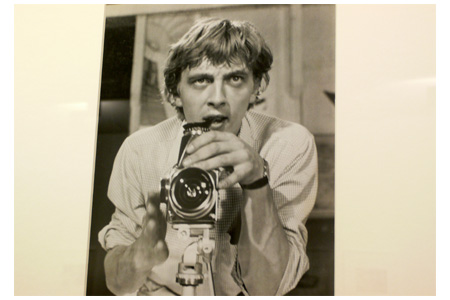 They are also two drawings, mainly yellow, in the gallery. These abstract paintings are composed with thousands of colorful dots. One of the characters actually mentioned that the dots looked like the expanded photos, which let you know the relationship between two of them.