It seemed like any other Thursday night at this stretch of shophouses along Guangdong Road except that a continuous stream of people had been entering and coming out of a narrow and dimly-lit staircase all night long. Tucked away in an unsuspecting neighborhood on the second floor of old shophouses is a small contemporary art gallery called da>SPACE and tonight marks the opening of the first Platform Toy Exhibition by Chinese designers in China. 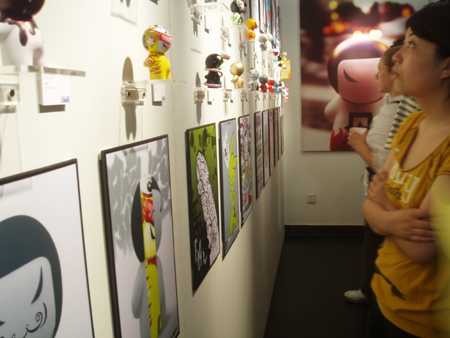 The brainchild of Beijing designer WZL and Eddi Yip, one of the founders of da>SPACE, the “I” Designer Figure is China’s first platform toy. Platform toys are also known as canvas toys because they allow designers to express their creativity on a 3D canvas – the body of all-white toy figures. The “I” Designer Figure was first introduced in March this year and can now be bought in 8 countries worldwide, including Europe and USA. 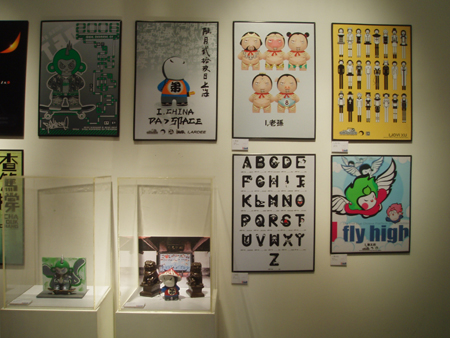 Encouraged by the success, da>SPACE was inspired to organize an exhibition of “I” Designer Figures whereby Chinese designers/artists would be invited to collaborate on the project and decorate the “I” Designer Figures. Through I, China, da>SPACE hopes to become a platform for Chinese artists/designers – facilitating real life interaction as well as to unite them as China’s voice to the world. 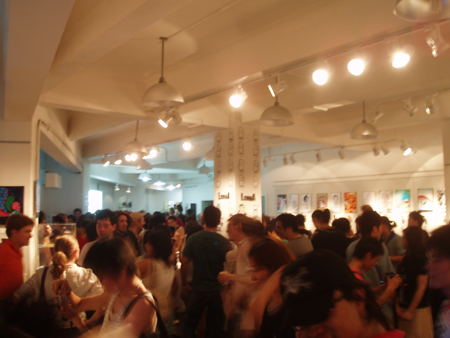 Bao Jian is one of those designers who believes in the cause for interaction between designers. The Hangzhou native whose participating entry “I, Bao” draws inspiration from Chinese elements had some words of advice for young people who are interested in starting out – “Passion comes first before anything else and just keep on drawing.”