A rainy Saturday afternoon on June 24th and I’m on my way to Coney Island way down on the Southern most tip of Brooklyn, NY to catch the 2006 Mermaid Parade. The parade takes place every year and celebrates the official start of Summer although this weekend there was little sun to indicate anything of the sort! 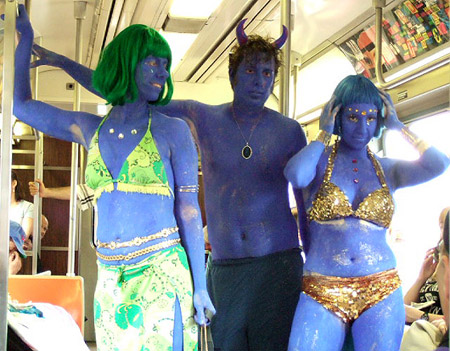 On the F-train going to Coney Island with some sea creatures!

Now in it’s 24th year, it is the celebration where droves of people dress up in what has become something of a statement towards the freedom and artistic self-expression that the event has come to represent. The Parade is characterized by participants dressed in hand-made costumes where “anything goes”. 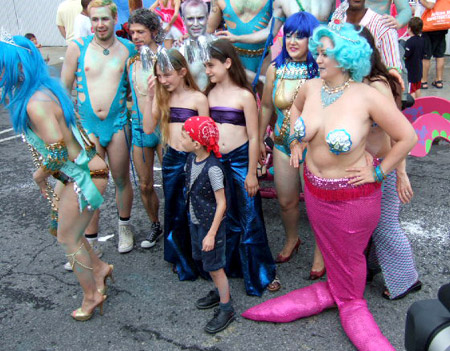 A group of creatures washed up on the tarmac.

I was going to say that the only criteria would be that it has to be “sea related”, but looking around this Saturday basically confirms there is little criteria. It is however a competition and during the parade a committee of judges award prizes for the best costumes and people often go to great lengths to impress. 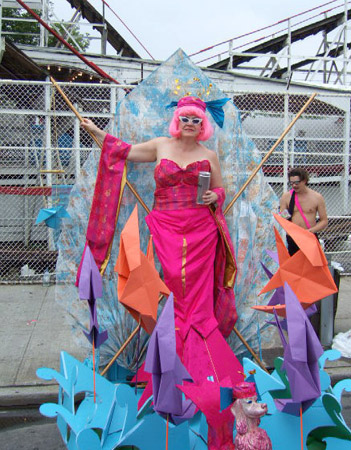