Next was Shannon Wright. Her work consists of bizarre Arthur Ganson-like machines and tools for augmenting mundane human functions. She was clearly aware of the lack of electricity in her work, but gave a convincing argument about the kinetic relationship between the machine and its operator. 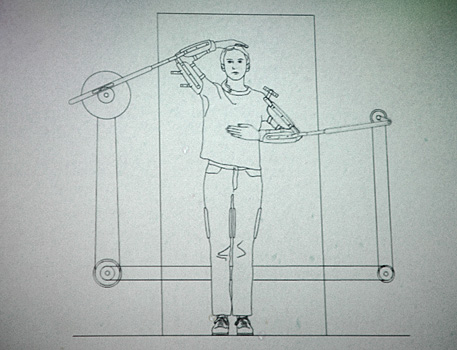 The work speaks to the ridiculous nature of the machines’ promise to improve the human experience. In one animated concept, a horse slowly walks in circles, spinning gears which eventually drive a bucking bronco ride on the stage above. Another piece has the operator pulling levers to fell a tree into a deconstructing house. Upon release of the levers, the tree extracts itself from the house, which returns to its unaltered state. 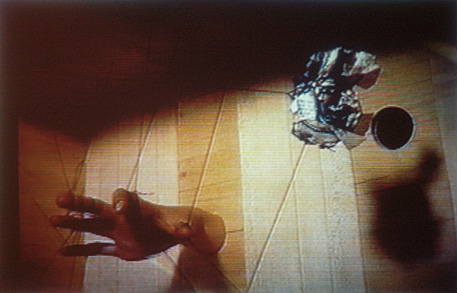 Last was a presentation by Michael Laine, founder of Liftport, a company attempting to build the first space elevator. While it’s clear an elevator to space has some major obstacles to overcome, Michaels optimism painted the picture of my retirement home in geosynchronous orbit. 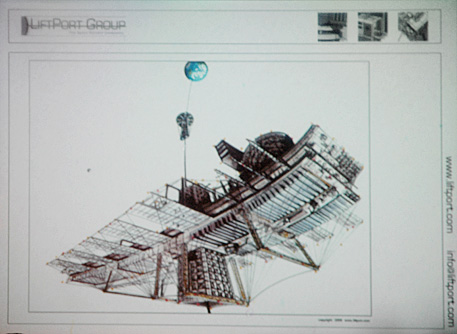 LiftPort drawing of the space anchor (looking back at earth)

The elevator concept involves shooting a very large spool of nanotube ribbon into space and lowering the dangling end back down to earth. Working back towards the top, robots scale the 60 mile high tower to reinforce the line. The idea seems to contradict the very foundation of my logical mind the idea that a 60 mile long ribbon would just sit there, half way between earth and space is unbelievably strange.