Buffmonster is an influential part of this movement which combines graphic street art. pop art and the world of toy design. Next to the subtle infiltration of our daily lives through street art, he now presents 92 different versions of his loveable little friends, some of them with distinct devil like horns, though. So may be not all that loveable after all?! 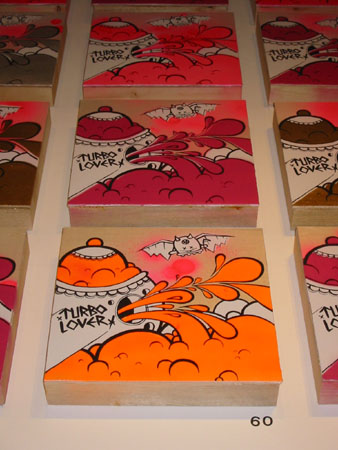 When asked about the meaning of the “turbo lover” theme for the exhibition, Buffmonster evades the love theme by saying that this is just exactly what he always wanted to do. So it must be the turbo love for creating his little UFO like characters. 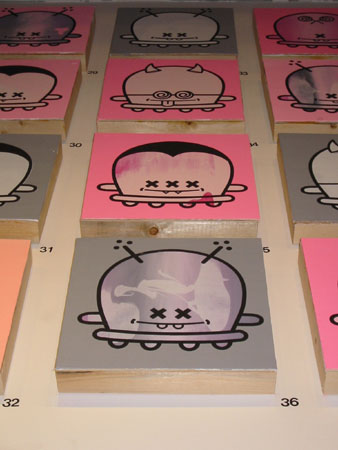 Under the name of Random von NotHaus, he is also the creative director for the new HELIO Mag which is a new lifestyle magazine that just launched its first issue.

Moreover, he was just featured in the opening of the 181 Martel store in Los Angeles on May 13, presenting a new collection of his paintings and jewelry. The turbo love for the little buffies has spread and the city of Los Angeles loves him back. 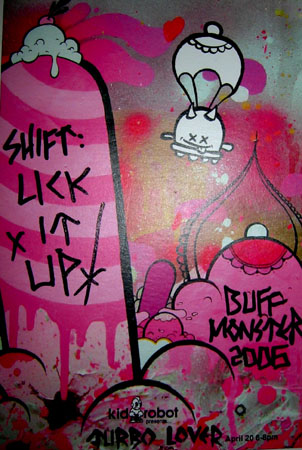 After signing cards, books and t-shirts for more than 2 hours at the Kidrobot opening, Buffmonster was still kind enough to customize one of his invitation cards exclusively for SHIFT. So we feel the love, too.