The north side of the Golden Gate Bridge is a tourist mecca – classic San Francisco post card material. Just beyond the tourists there is a quiet and serene valley which was once used by the military during the world wars. The land is now public park space and some of the old military barracks have been converted into an art center. 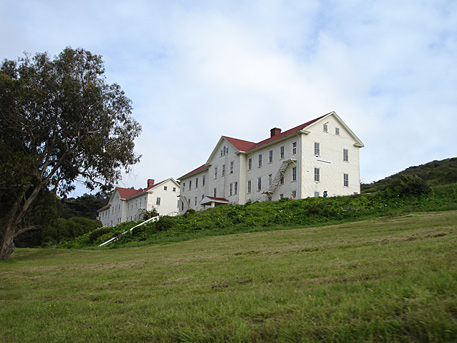 The Headlands Center for the Arts

The art center, Headlands Center for the Arts, has attracted top artists since its inception in the late 1980s. Part of the appeal is the raw space, which seems to support nearly any intention. Three times a year the center opens its doors to show the work of current artist’s in residence. 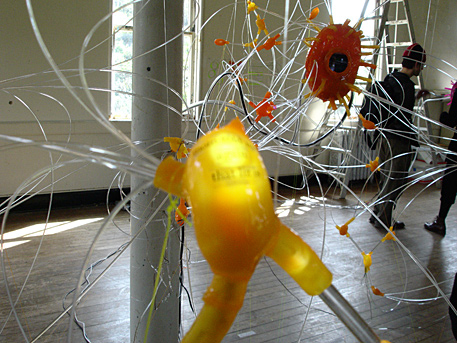 Deborah Aschheim‘s room contains a collection of mixed media pieces she described as “autobiographical memories”. On the walls are detailed maps looking like brain synapses or neural networks. The maps contain words and images, apparently detailing the links between personal experiences. Throughout the space hang amorphous objects painted in florescent colors. From a distance a connection can be made to the maps on the walls. The hanging objects are linked from one to the next with string and tubes. Some objects contain small video screens playing footage of personal imagery. 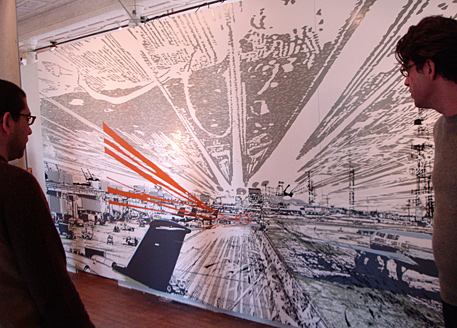 Yoon Lee paints with acrylic/silicon on an acrylic surface, which gives her work a unique graphic quality. The paintings are colorfully layered, some appear to be derived from photographic sources while others are free form abstractions. The acrylic canvas lays flat while paint is applied – this gives a liquid and transparent feel to the paintings.