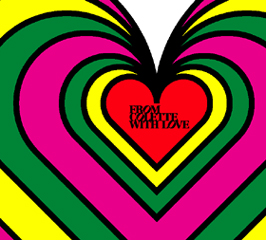 From colette with Love
“From colette with Love” comes straight from the heart – from ours to yours – and throughout this very special track listing, we hope that the sounds will give you as much love and happiness as they have ourselves. Featuring a fusion of musical genre’s from Jean-Sebastien Bach (interpreted by fellow Jazzman John Lewis), sublime pop by Final Fantasy, a moody theatrical melody “Dead Finks Don’t Talk” by Brian Eno and crazy, joyful piano compositions by the Mexican king of cocktail tunes Esquivel, “From colette with Love” opens the door to a secret garden cultivated with many things, but most of all, love! Compiled by Michel Gaubert & Marie Branellec. Available at www.colette.fr 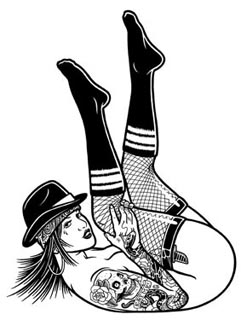 Visions of Strength & Beauty exhibition by Mike Giant
This is cool!!!! American artist Mike Giant unveils a collection of personal works, all of which prove why he’s considered such a legend amongst art, tattoo, graffiti and skate scene’s worldwide. The show will spotlight a series of black-ink designs on paper, all of which encompass the ideal of imaginary heroines influenced by pop culture, religion, hip hop, heavy metal and punk music. 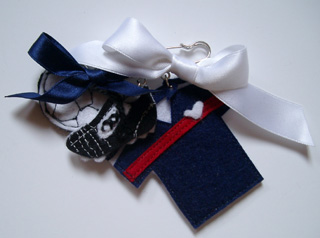 Anne-marie Herckes brooches
To be a super-chic supporter of the soccer frenzy once it begins in May at colette we’re sporting these ultra-exclusive brooches by Luxembourg-based designer Anne-marie Herckes. Available in a selection of team colours, all we can do is pray that the riots don’t break out in the downstairs water bar after wearing one of these whilst watching one of the matches live on our giant plasma screen! Vive la France! 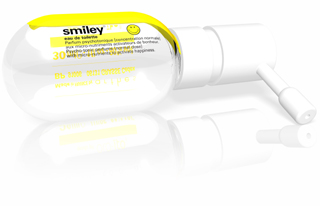 Smiley Perfume by Ora-Ito
This new perfume by designer Ora-Ito guarantees to put the spring back in your step (so-to-speak anyway) by regenerating endorphins and releasing pleasure particles everywhere resulting in an ear-to-ear grin for the world to admire. Some love it, some can’t stand it but either way you’ve got to admit, the concept alone is unique!