The 4th Berlin Biennale has started. This time, it is held along the Auguststrasse, which used to be the main street for commercial galleries in Berlin. I am writing “used to be”, because the Berlin art scene has long moved out of the Mitte district and now only a few notable galleries remain here. 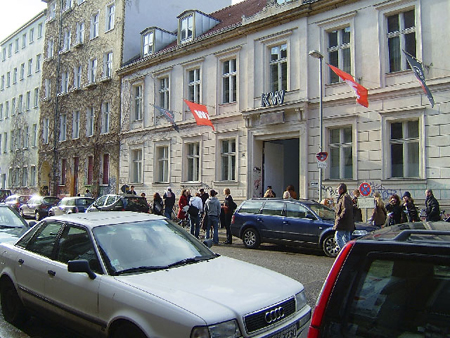 The Berlin Biennale properly began at the pre-event in the “Gagosian Gallery Berlin” in September 2005. The gallery has shown program exhibitions every month from then on.

Well known within the international art scene, this gallery is a branch of the best-known commercial gallery, the Gagosian in New York City. Why did such a famous gallery join the Berlin art scene so late? The three curators of the Biennale, Maurizio Cattelan, Massimiliano Gioni, and Ali Subotnick, must have planned this more or less as a joke.

Here is some information about the three curators.

Maurizio Cattelan is a renowned artist. Massimiliano Gioni and Ali Subotnick are both curators and writers based in New York. The three own a gallery called “The Wrong Gallery” in New York, where they show the works of Biennale participants such as Paul McCarthy, Tomma Abts, Tino Sehgal, Martin Creed, and Pawel Althamer. The gallery has also exhibited the works of cutting-edge artists such as Sam Durant, Cameron Jamie, Jason Rhoades, Elizabeth Peyton, Paola Pivi, and Shirana Shahbazi. 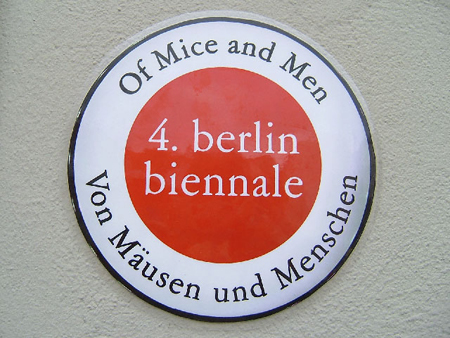 This Biennale is entitled “OF MICE AND MEN”. This title originates from a poem by the 18th century Scottish writer Robert Burns and John Steinbeck later used it as the title for one of his plays. While the current trend in the international art scene tends to introduce new talent or movements in a striking manner, the Biennale focuses on the relationship between the past and the future. Thus it puts a spotlight on Berlin as a city that has gone through a history of victory and defeat.

During the Biennale, more than 60 artists are participating in different locations and times but unfortunately none of the artists are from Asia. Maybe it’s due to the interpretation of European culture that the basic themes of life such as birth and loss, death and surrender, grief and nostalgia do not really apply to Asian culture. In my opinion, this is inextricably linked to the tendency that Asians always represent an Asian point of view in their art.

The contents of the exhibition is as follows.

Starting from the main exhibition hall “KW Institute for Contemporary Art“, locations along the Auguststrasse include a former Jewish girls’ school, a cemetery, a church, a former stable for the post office, a theater, and a number of private residences.

The “KW” is the entry point of the Berlin Biennale. 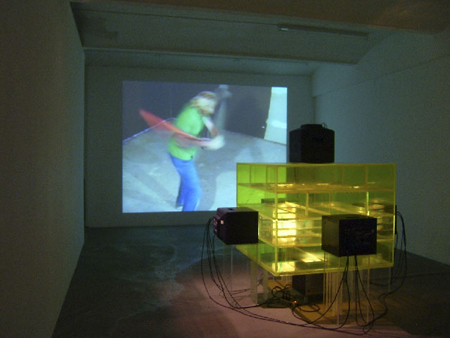 After the entrance, one encounters an installation by Bruce Nauman. Going through this room leads to an enormous exhibition space with a large number of photos by Michael Schmidt, a sculpture by Thomas Schuette, and a video by Aieda ruilova under the steps. 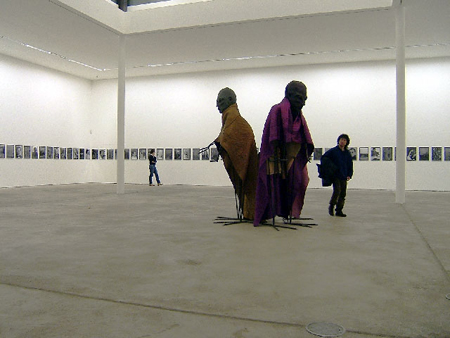 The exhibition continues to the next room with a video by Mircea Cantor and photography by Corey McCorkle. At the end of this room, steps lead to the upper five floors.

The following is about some striking works in KW. 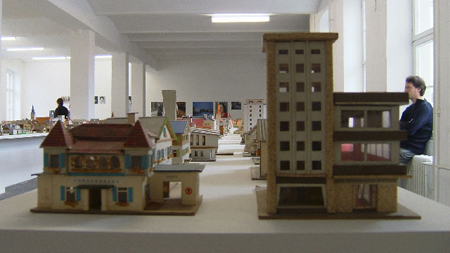 The architectural models by Oliver Croy and Oliver Elser have a unique atmosphere: most parts were found in a flea market. On first sight, it looks like a miniature model of a European city. However, as a result of their intensive research, the artists found out that no such structure actually exists in architecture. 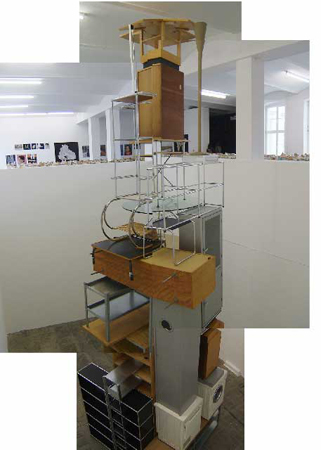 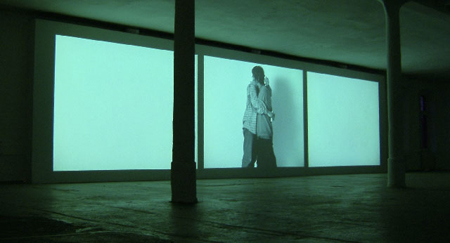 The video art by Gillian Wearing on the floor above is also impressive. The entire floor is used to project three videos, showing men in front of white walls. These men, sharing some kind of happiness with another, yet at times looking very pain stricken seem to be drunk. It looks as though their true inner faces are exposed through the camera.