This month sees the new exhibition ‘Next Level: Art, Games and Reality‘ at Amsterdam’s Stedelijk Museum. The show seeks to illustrate the far-reaching influence of game culture in the worlds of art, film and music. Representing the home-grown talent are Amsterdam-based artistic couple Margit Lukacs and Persijn Broersen. 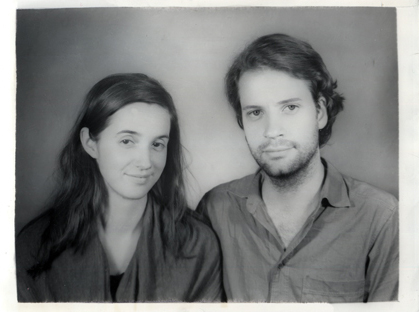 Working together for the past ten years, they met and fell in love whilst studying at the acclaimed Gerrit Rietveld Academy. Their 2003 ‘Crossing the Rainbow Bridge’ film, a semi-documentary musical made after teaching in China, perfectly charts their feelings for each other. It mirrors the ‘honest’ expression of grand themes like love and death that they found expressed by their Chinese students and sees the couple trying to return to this ‘lost sentiment’ within Western art.

As a couple, thinking creatively together is both easy and a challenge at the same time. PM draw inspiration from each other, mainly because they are very opposite but also because they like similar things, ‘thing like patterns, decoration, forests, airplanes, deer, castles, visconti, food, safranski, waltzing and vaulted ceilings’. Their backgrounds help mould their identities. Persijn grew up in a very close-knit, straightforward Dutch family and describes that world as ‘logical and sensible’ whereas Margit’s experience could not have been more different. From a young age, she was taught the realities of war and the suffering earlier generations of her family had had to endure and how this leaves a legacy in the fragile reality of life.

PM’s creative output is a rich mixture of photography, graphic art and film. Much of their illustrative work is produced through a combination of drawings and digital manipulation. The computer allows them to achieve complex and overwhelming patterned structures. To them, in the world we live in, everything has become ornamental. “We think this has a lot to do with the way we experience life, the hypnotizing effect of decoration and order… we’re interested in the fact that it’s a primitive instinct in the human brain to always search for symmetries and sensible structures.”