When turning our eyes toward nominated works for the award, there are no many film-only works, but more inclusive works focusing on the concept, presentation, and even what the work itself should be. 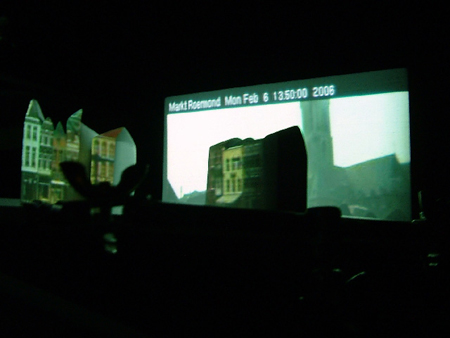 The actual street is reconstructed with a model and visuals project. 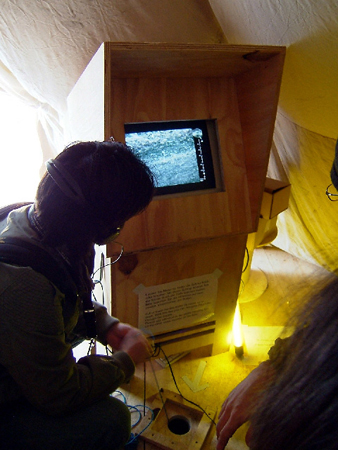 If making a hole in ice and bringing a camera down deeply inside, there is an unknown world! Serious attitude to give an humorous presentation. 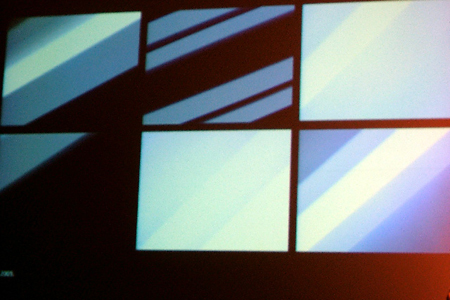 Works visualized by converting Kandinsky’s writing “Point and Line” to the Morse code. 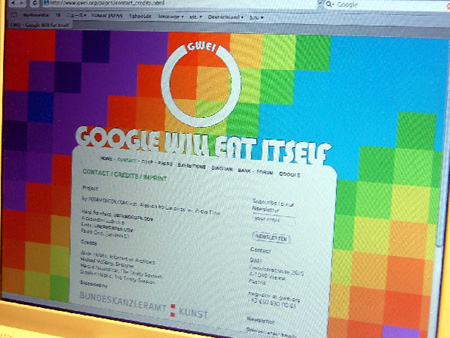 Ubermorgen.comM feat. Alessandro Lidovico vs. Paolo Cirio “GWEI – Google Will Eat Itself” A project to take advertising fee away automatically from GOOGLE by displaying pages with Google Addwords in the hidden window. (The actual page or script are closed to the public.) 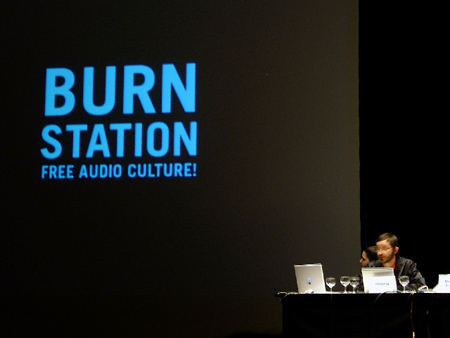 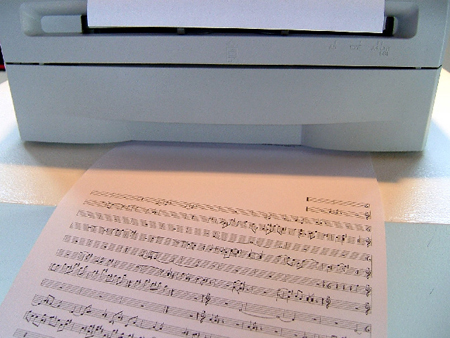 They make a computer automatically play Erik Satie’s “Vezation” through a directional speaker, take the sound by a microphne, analyze the sound wave by a computer, and record again on tape. By replaying the sound with piano, the noise is played as the piano sound with the actual sound, as if it’s a variation of the theme. In terms of the original composition, it is repeated 840 times continuously.

Works in addicted course like “Burn Station” and “GWEI” were outstanding in my opinion. To value such activities as a field of art is related to the theme too. The grand prize was given to “SGM-Eisberg-Sonde” which is in a good balance of the concept, presentation, and humor. And three works “Vexation, .-/, Burn Station – Mobile Free Copy Station” won the second prize.