First of all, 16 players develop the qualification round. Two jumps are judged with the best count method. The highest score of each air is 300 point in total full marks. Grading is done by overall impression that contains the mid-air form and the landing posture. That is, height, beauty, and difficulty are equally important, and it is not just riders has to focus on one of them. This is the reason that it can be the momentarily “Art” in the air with their personal expressions. 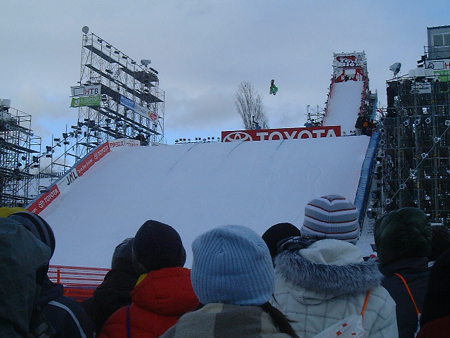 As for the spectators, it was so. They didn’t really focus on who won, but simply on how great jumps they could see. They got excited and sent the ovation to any rider who showed great air, and felt bitter seriously to any rider who failed. Of course, the riders practically fight against other riders, but in fact, it might be nothing other than an extreme challenge to their own “work”. However, the chance to get the stage of the challenge will disappear if not winning through. After the fierce battle, eight riders won to the following quarterfinal round. They left each drama in the severity of battle with just seconds. 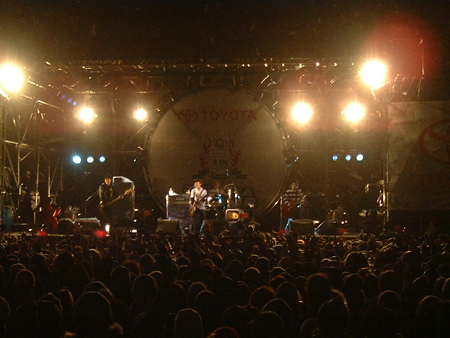 Therefore, the riders are sticking to live musicians in a common feature of heating people up with their own expression, I thought while shaking to the second performance by Ellegarden. Different from 10-FEET’s impact performance, Ellegarden presented a more settled atmosphere. It was a great direction of the whole event to put their performance order in this way. 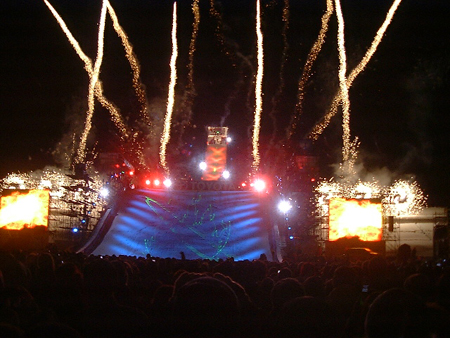 The venue was extremely close to the climax when the four riders were decided to apply the next semifinal round. The sound of grand fireworks of winter was inhaled into the snow, and favored its visual oppositely. The game became a Man on Man Tournament method after the first round had passed, and riders had been fighting one to one. Four riders who won through were dignified, and not amusing whoever would win; Nicolas Muller who is called precision machine of Switzerland, Takato Taniguchi who draws out “Masakari-Air”, last year’s King of Air with a superb talent Eero Ettala, and a Canadian superstar Trevor Andrew. It was surprising that they challenged more and more to the advanced jump resolutely even in the top round. Spectators were moved by their positive and brave attitude. 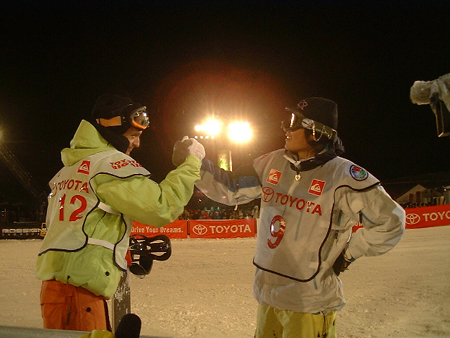 Therefore, at the Super Final, it is needless to say that the highest applause was sent both to Muller who won the Super Final finishing off with the highest score in this contest, and Ettala who attracted people without defending to the last minute. And, the applauding was turned to the whole Toyota Big Air with the riders about all. 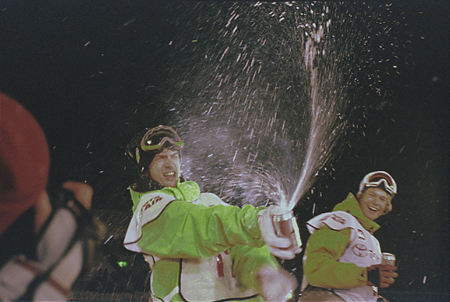 Toyota Big Air was broadcasted with a nationwide television net. It could not be missed to see the big air with a perfect angle and proper editing. However, you cannot feel this lively tension or excitement without feeling the coldness, waves of people, and time. Looking at their jumps at the venue, I really wanted to jump too. That is not to say that I wanted to try the actual jumping, but I felt anyone could fly even in different ways with the expression, positive and brave attitude like the riders showed, then hoped to be so. 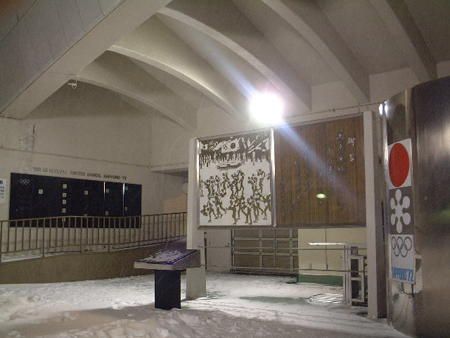 This venue Makomanai Open Stadium in Sapporo was once used as a skating rink place for the Winter Olympics in 1972. Similarly, the Winter Olympic year has come in 2006. I would like to enjoy the hottest scene unfolded in the cold place Torino too.