Christmas in Japan is not usually included as a national holiday, but it was different in 2005 since Christmas day fell on a weekend. Because of this, there might have been more Japanese who had a special Christmas holiday than in previous years. Crowded streets, adorned with Christmas colors, were full of smiling people. On the first day of the consecutive Christmas holidays, a positive “green” message was sent from snowing Hokkaido. 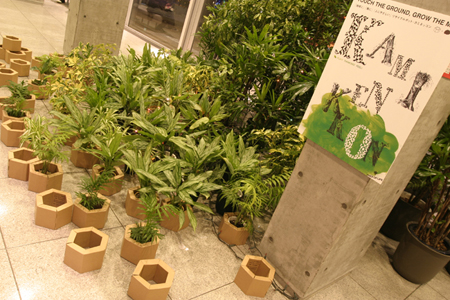 “Tree Of Life” was an art community festival held in Sapporo Media Park SPICA, and included about 2000 people. At the entrance, future trees with Kami Nekkon welcomed visitors to enter.

This hexagonal recycling pod called Kami Nekkon is produced from an epoch-making idea for easy tree planting; putting earth and a young plant and leaving it on the ground, the pod returns to dust, and the tree takes root.

The display at the entrance was a metaphor that showed the growth process of a tree. It represented a main theme of the whole event “repaying to the earth”, a hope for the future. With the Kami Nekkon at the head of the list, Tree Of Life had natural messages everywhere, developing a creative space of “Action, Think, Feel” with all-genre artists connected with Hokkaido. 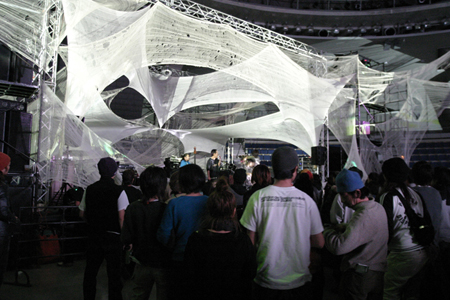 Going into the venue, the main floor had a big, lively, floating sphere surrounded by cocoon like designs. Adding lights, colors and movements by visual artists including Agrom, a cool stage mysteriously presented itself. Starting with a live gospel performance by OViC, many splendid artists including Shuren The Fire, qodibop and Koss a.k.a Kuniyuki gave expression to various music on the stage. The undulating audience seemed like a part of the creation as well. Some were dancing while others stood paralyzed, and still others just listened and relaxed on the floor. 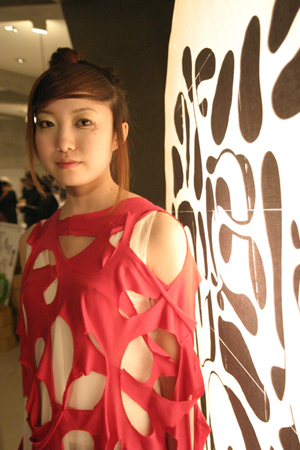 A lounge space created by SHIFT and SOSO was next to the main floor so you could directly enjoy the live sound. The space designed by Sapporo based design unit Wabisabi was filled with original graphics resembling plants or cells in black and white. Three models with the same motif in red added a stylish flower into the space, akin to a Christmas poinsettia. 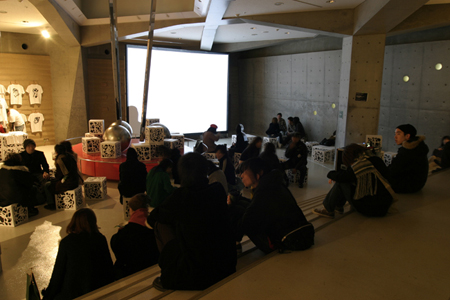 There was a big monitor in the lounge space, screening visual works by Hiroshi Kondo a.k.a. Second To None Works and “SLIDE” by Yuki Kawamura, which was a special selection from DOTMOV Festival 2005.