On the other hand, the live performance mainly with music and multimedia performance “.JP” was held using only a day during the whole event. It started with a fantastic sound installation by Mathew Martins, a live performance by turntablist Daito Manabe and visual artist Satoshi Horii kept shaking the venue for ages with their furious technique and astounding sounds. 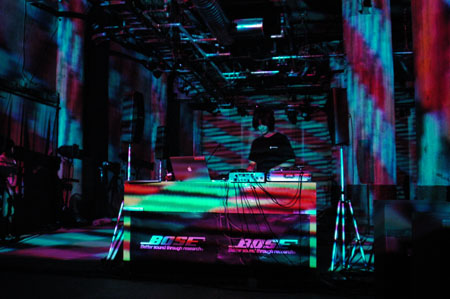 Next sound artists Bloken Haze and Kiyo made the raging waves calm down with their deep and jaunty beats, followed by a sensational live performance by salmon and Saori from WC who made the sound in “+813″, and a visual artist Vokoi. The four turn tables which were set in the venue were taken away one after another after each performance finished, and only two sets of drum and percussion were left at the end. 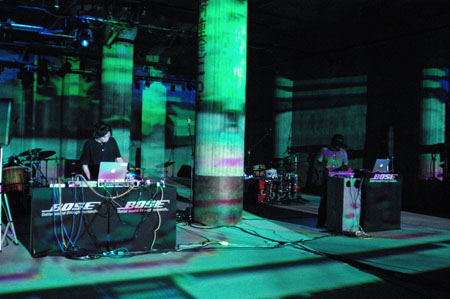 A violinist Yuji Katsui from Rovo sat down between the two sets. The violin sounds silently came up and became like widening rings on water, combining with the visuals by Yu Sekoda. The violin sounds were processed with effects, and echoed as if it was a multiplex play. 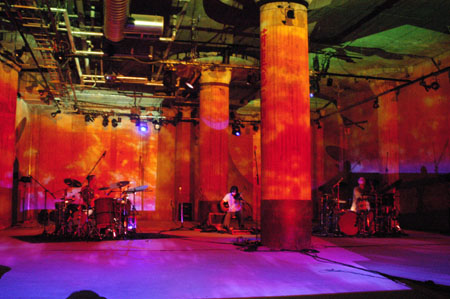 Yasuhiro Yoshigaki and Yoichi Okabe who play drum and percussion entered before the audience was aware, and the sound expanded with various layers of sounds. While overlapping with real sounds from the instruments and reverberation, Sal Vanilla members appeared with their strong movements to the sounds. The spatial performance reached to a climax many times as if it would last forever.