The artist Rodrigo Vazquez Avila works with his hand and his mind. His artwork can be defined as purely a matter of imagination. Through a cathartic liberation, he stands in another place to see his own world. And what’s best, he succeeds. 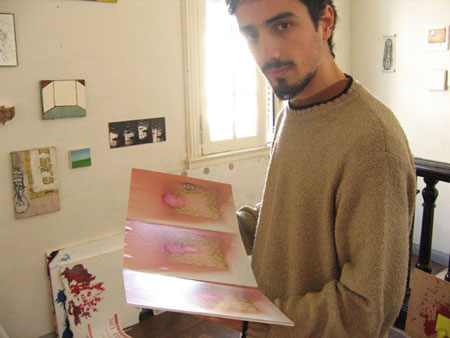 Right now, Rodrigo is working on a possible game or website called “My artwork of your artwork”. The story began a while ago, when people told him that his artwork was somewhat sequential; one can just “travel” from one piece to another. So he thought about the possibility of modifying one of his art works through virtual technology, by using a pc game or program, even a possible website. That game would allow the user or viewer to change the properties and details of one of his artworks in particular. 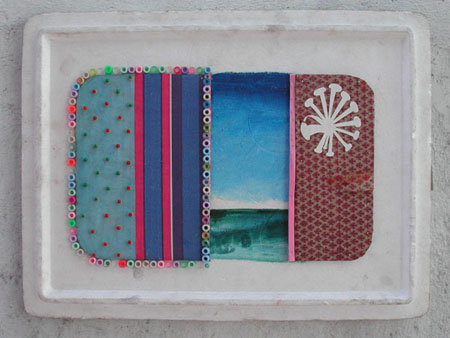 The project has a lot to do with the way he usually works. To him, each new work is a new variable of that world constituted by an artwork. Someone told him once that he has a previous world which he created some time ago and what he actually does is change the properties of that image. 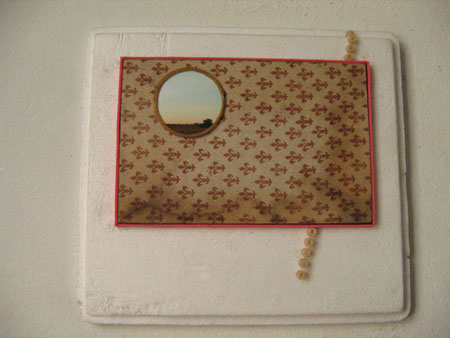 He imagined this project at the beginning of 2004. He already had the idea in his mind. What he likes most of it is that one can just play with one artwork, and modify all its visual aspects. He wants to keep a memory of this so every person can have his own artwork saved in this interactive web or program. The attributes one can change are almost every one of them, elements, textures, characters, shapes, colors and so on. Some of the changes in the artwork could be infinite, but he still has to explore that concept of infinity. He likes it to be as infinite as possible.