We get so caught up in contemporary photography, that it’s easy to overlook work from earlier times. I’m fascinated by observational, real-life images from the first half of the 20th century and one of the most interesting photographers for providing us with a tantalising glimpse of that by-gone era, is Jacques Henri Lartigue (1894-1986). 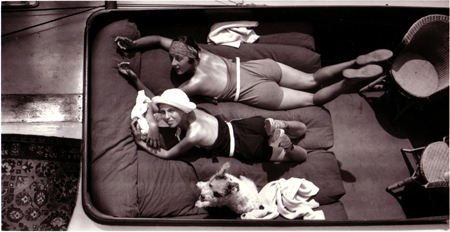 This month Amsterdam’s HUG gallery is exhibiting the photographs of Lartigue and you really should take the opportunity to check out his work. A self-taught photographer, he started taking pictures at the age of 6 using his father’s camera. His fascination with the world around him was captured on film and he started keeping what could be best described as a ‘lifelong diary’, documenting his family, childhood experiences, beginnings of aviation and cars plus even the glamorous women in the area of France he grew up in.

In 1915 he attended the Academie Jullian and set upon a course of becoming a professional painter, exhibiting in the salons of Paris and southern France, and mixing with the likes of Picasso and Cocteau. It was his passion for movies however that saw him continue his work as a photographer, occasionally selling his pictures to the press and even exhibiting at the Musée d’Orsay alongside Brassai, Man Ray and Robert Doisneau. 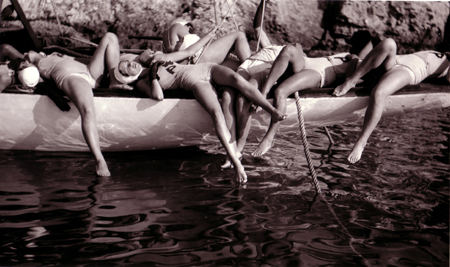 It was not until a retrospective of Lartigue’s work at the Museum of Modern Art in New York in 1963 (aged 69) that his reputation as a photographer really took off. He started to release books of his work and by the mid 70’s, had his first French retrospective at the Musee des Arts Decoratifs in Paris. In his 80’s, Lartigue remained busy, carrying out commissions for fashion and decoration magazines until he eventually died in Nice, 1986 aged 92. 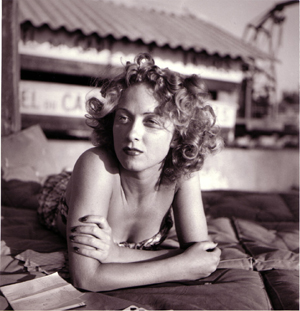 The thing that I really like about Lartigue’s work, is his wide range of observations and the plain, unpretentious honesty with which he records everything around him. You get the feeling this man made photographs for himself and his own satisfaction. Many of the images are truly fascinating and caught with such clarity, that you see the exactness of the situation captured, rather than dwelling on the ‘oldness’ of the photo. I still find it so amazing to think that photographs capture moments in the past and that we can peer back at a specific time and place frozen in an image. Lartigue’s work makes me think of my own stack of photographs taken since I was a kid and it makes me wonder why I feel the need to document people and places. And at what point do our own personal photographs stop being direct sources of memories and start becoming simply compositions?

Do try and check out Lartigue’s exhibition if you can – it’s worth seeing.