What can one of Europe’s smallest countries teach one of the world’s largest about designing urban centres? Quite a bit, if you are to take Dutch architecture firm MVRDV’s theses on Chinese cities seriously.

MVDRV, the offbeat but critically acclaimed design studio, put up an exhibition called MVRDV KM3: Proposals For Chinese Cities that ran from 2nd July to 21st Aug at the Shanghai Gallery of Art. 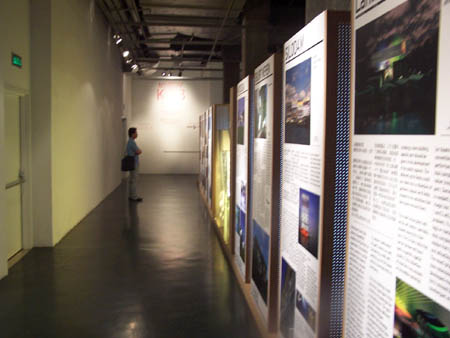 The exhibition’s premise is intriguing and relevant in the new Asia-centric world: how to balance rapidly shrinking space on the one hand and an exploding urban population on the other? The answers could help millions of city dwellers, from Beijing to Bangalore, live less congested, richer lives in Asia’s new mega-cities. 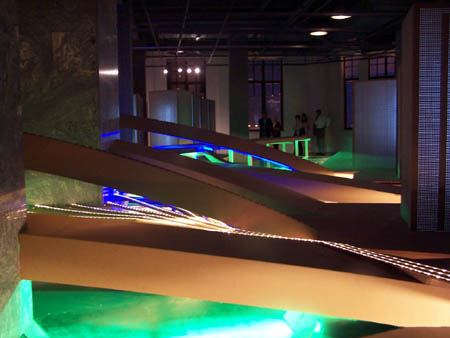 KM3 doesn’t disappoint. The exhibition literature drops all the right buzzwords, calling for “3D cities” that are “beyond scarcity, pessimism and protectionsim”. The architects envision cities with unlimited space, thriving cultural industries and free of the shackles of urban zoning. This comes as no surprise given MVDRV’s track record of applying ingenious design solutions to unglamorous projects, like the Wozoco retirement home in Amsterdam, and then winning awards for it. 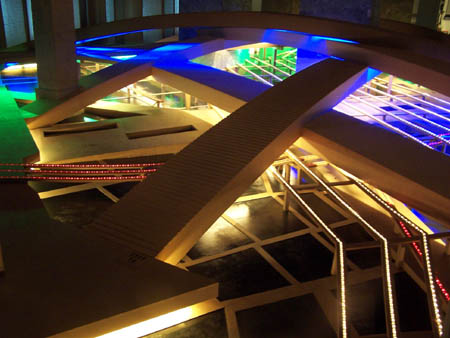 All this would have been moot if the exhibition itself wasted the gallery space. After all the test is in the doing. MVDRV had no such problem. A sprawling abstraction of MVDRV’s Guangzhou project, a series of highways and waterways, dominated the gallery’s 1,000 square foot, double-vaulted exhibition room.

The piece, titled Infra Jungle, resembled a pulsating giant spider extending its wooden limbs from the centre of the room. In keeping with MVDRV’s reputation for boldness, viewers were encouraged to walk across the criss-crossing gangways to get an eyeful of what a Chinese city could look like: environmentally conscious, historically and culturally sensitive and shamelessly cutting-edge.