It was a scene at the opening of Margaret Kilgallen grand retrospective at the Redcat Gallery in downtown L.A. The contrast couldn’t have been greater: the outside of the gallery a metal object (the famous Gehry designed Walt Disney Concert Hall) that looks like it just landed from outer space. But once you stepped inside, you were immediately taken by the world of Margaret, a warm, brown, makeshift world of surfers, hobos and wonderfully textured typography. It reminded me a lot of Alexander Girard’s work that he did with the Eameses and for Herman Miller. Girard more a craftsman then an artist – but with the same love and respect for folk art. 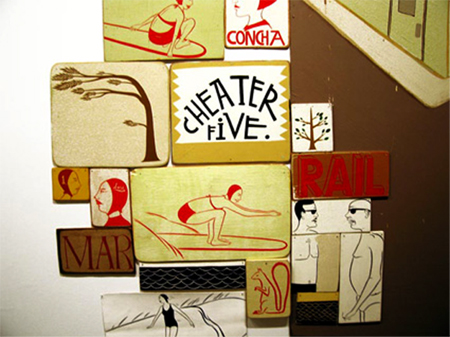 Despite her tragically early death due to cancer in 2001, Bay Area painter Margaret Kilgallen has already had a major influence on contemporary American painting. Displaying a particular affection for hand-crafting, she painted on found pieces of metal or fabric, with mismatched segments stitched adventures of a group of culturally insurgent 20th century female characters – surfers, hobos and traveling musicians – whose ardently bohemian and provocatively independent ways Kilgallen celebrated. The exhibition at Redcat represents the first major survey of her work and includes the recreation of two mural installations, executed by her husband and frequent collaborator Barry McGee. 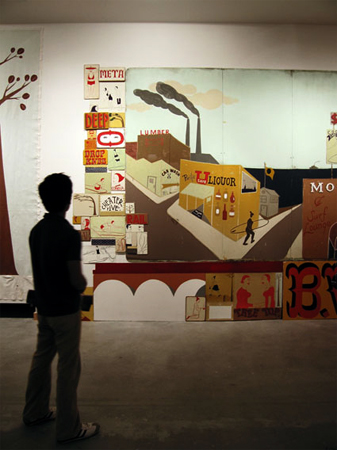 The exhibition features nearly one hundred paintings and drawings from private collections and the artist’s estate. The exhibition is the first survey of Margaret Kilgallen’s work and is accompanied by a 208-page color catalogue designed by Michael Worthington and Jon Sueda documenting and contextualizing the hundreds of works the artist produced during her prolific career. 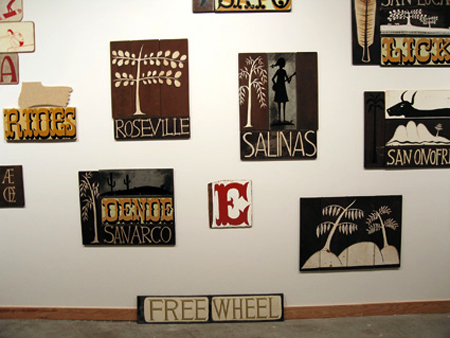 Margaret Kilgallen was born in 1967 in Washington, D.C. and received her BA in printmaking from Colorado College in 1989. Early experiences as a librarian and bookbinder contribute to her encyclopedic knowledge of signs drawn from American folk tradition, printmaking, and letterpress.