For months now, the Chinese design community has been thrumming with excitement about “Get It Louder.” Described by its curators as a “a visual noise made by young designers and artists around the globe”, this event is the first of its kind ever held in China-a massive exhibition and set of symposia which are traveling through three of China’s most happening urban centers, Shenzhen, Shanghai and Beijing. And on April 30th, the silence was broken, as “Get It Louder” let out its first scream of brash young creativity in a Shenzhen warehouse. 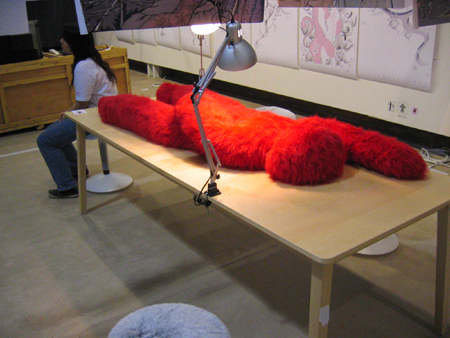 The opening day attracted moderate crowds (200 according to one estimate) of hip young Chinese and visiting foreigners to the large, hangar-like main exhibition hall of the Overseas Chinese Town Contemporary Art Terminal (or something like that-the name is always slightly different depending on who you hear it from). 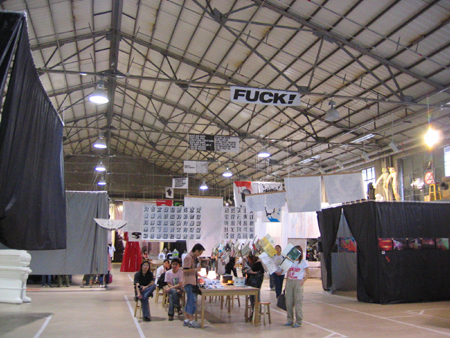 Upon entering, visitors could pick up a nice cold whiskey (courtesy of sponsor Chivas Regal and served in a futuristic asymmetrical glass, designed by one of the participating creatives), and then peruse the works of over one hundred designers and artists (mostly Chinese or of Chinese family background) that filled the cavernous space. 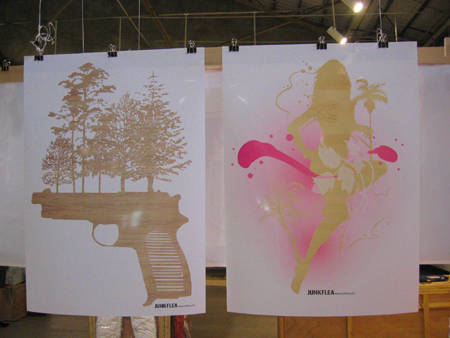 After a satisfactory buzz (either from the visual noise or the choice liquor), the audience could move on to the special guest panels, featuring designers Saiman Chow and Kam Tang, or by sticking around even later into the night, attend a sound art performance by Lin Zhiying, Justin Zhong Minjie and Lin Chin Sung. But so much visual stimulation in the main exhibition room seemed to quickly exhaust many viewers before they could make it to the other events. 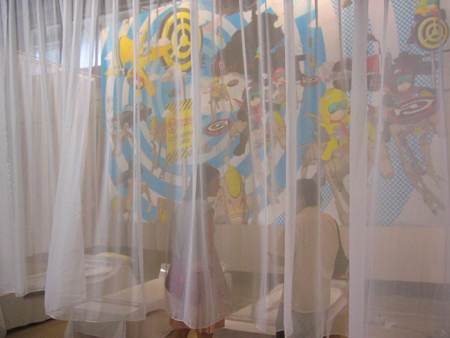