On Saturday, September 18th, 2004, the Victoria Theatre in San Francisco hosted the premiere showing of Thomas Campbell‘s latest film, Sprout. Going to this event was like no other that I’d been to in the Mission District, or San Francisco for that matter. Instead of the usual lot of tiresome art school hipsters (although there were some), the outside of the theatre was swarming with surfers who came out not because it was the coolest thing going on that night but because they love surfing. In the rich tradition of the independent surf films of the 50’s and 60’s, Sprout signifies the resurrection of the genre. 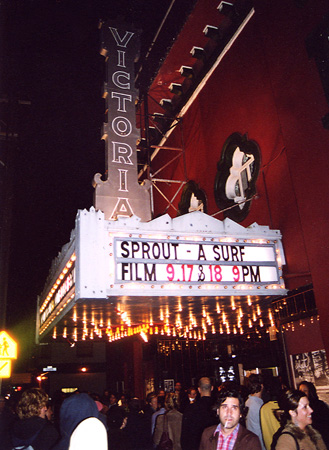 As a major sponsor of Sprout, Converse (one of the longest running brands and supporters of surf culture) contributed much of the funds that enabled Campbell’s vision to come to fruition. Filmed over the course of 4 years and shot entirely on a 16mm Bolex, Sprout documents the travels, surfing and lifestyle of some of the most influential people involved in the sport to date, including: Joel Tudor, Dan Malloy, David Rastovich, Ozzie Wright, Skip Frye, Alex Knost, Rob Machado, Ozzie Wright, C.J. Nelson, Kassia Meador, Belinda Baggs and Jimmy Gamboa among others. 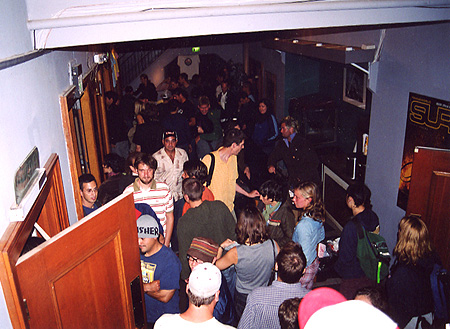 Opening the show on this particular night was musician Neil Halstead (who’s music is featured on the soundtrack) who played a few acoustic ballads that set the quiet, soulful and spiritual mood that would continue through the end of the film. Never having heard his music or voice before, I was moved by his honest lyrics and amazing voice. Once Halstead finished his set and Campbell gave a short introduction to Sprout, the lights were lowered… 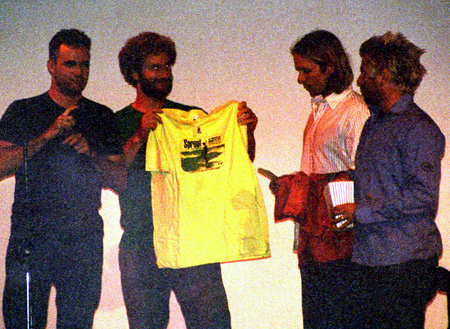 Despite being forced to sit on a step in the balcony of the overflowing theatre, I was amazed at the beautiful imagery of figures sliding effortlessly along the waves… tip-toe to the front of the board… spin… and tip-toe back. Sun sparked in droplets off the surface of ocean, surfers glided toward the camera on waves that engulfed the audience. The visual quality of the film was bright, lucid and beautiful-hands down!