On the way to my studio everyday, I encounter “street art” nearly everywhere I look. But unfortunately a lot of us tend not to register what we’re seeing. There’s so much going on around us that we sort of skip over the little things. Sometimes you need to take a step back and really look at your surroundings – take time to smell the roses. 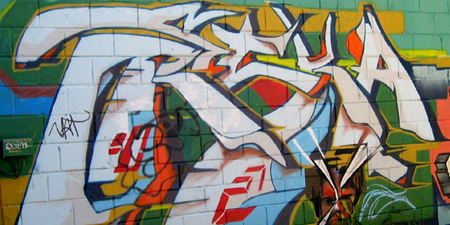 Maybe that’s what it’s all about – maybe if people could take a moment to really view “street art”, they would gain a new appreciation for it, instead of just complaining about it as destructive. So I’ve decided to take some photos of the pieces currently adorning the popular alley system that stretches parallel to Queen Street between Spadina Avenue and Bathurst Street in Toronto. The ever changing walls of these alleys are currently quite interesting. 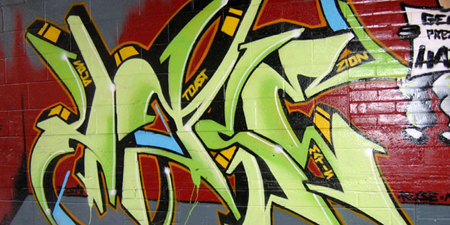 I don’t profess to be a graffiti expert and I’m not a participant (I prefer to work in my studio, where no one will chase me with a bat), but I would count myself as an appreciator. Recently, I’ve noticed a trend toward brighter colours and somewhat softer forms – it all seems a bit friendlier. I feel like there’s a bit of 80’s inspired fun shining through much of this work, it’s not as serious in tone as the work of the last few years. 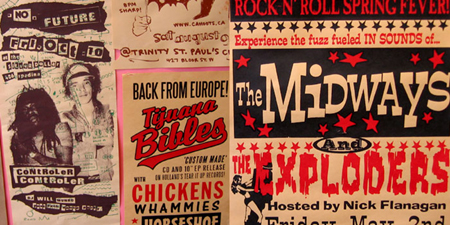 In addition, I’ve included photos of some of the posters collected over the last year or so by Amoeba Corp. designer Jayson Zaleski. Jayson has been going around the city collecting examples of low-run posters that are pasted, stapled and taped all over the place in order to promote bands, clubs, art openings and all sorts of other things. Jayson’s collection is currently being shown at Artlab until the end of August.