Step into a die-hard collector’s lifestyle why don’t you?

“Where did/will you go on vacation this summer?” Blah, blah, blah.

Quite possibly the most boring month of the year has just concluded in the French capital and isn’t it a relief that one art show came through with the goods in the inspiration stakes. Putting a halt to any further, ritualistic-like questions involving the weather, an onslaught of tourists, and so on.

“Have you been to La Maison Rouge yet?” Yes.

Note: For any Frenchies reading this text who have not yet paid the art space a visit, shame on you. Its time to revive your cultural agenda! 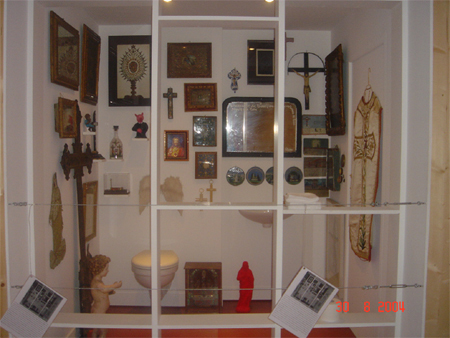 Put simply, its a concept. Fifteen rooms (three bathrooms included) spanning a 1000 square-metre gallery space. The layout resembles that of an unfinished floor plan, with external fittings kept to a neatly-designed minimum. 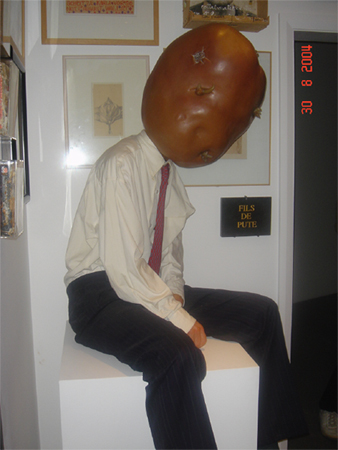 The idea, originally conceived by famed writer and psychoanalyst Gerard Wajcman, is this: hardcore art collectors relocate rooms ranging from an office to a living room, a bathroom or a bedroom into La Maison Rouge for a four-month period. The reasoning, in essence, of the show named “L’intime, le collectionneur derriere la porte”, is to enable the average art fan to imagine what it would be like to live amongst these works. 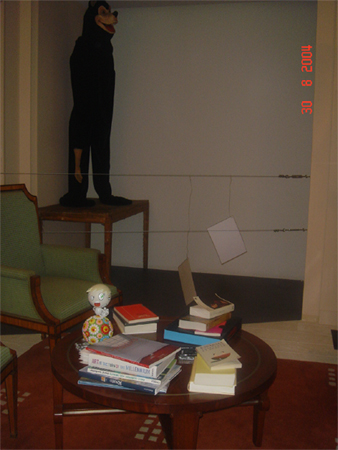 Take, for example, the office. A three-metre plus-sized bear with a huge grin on his face (Paul McCarthy) greets us at the doorway. In the corner, a medicine cabinet (Damien Hirst) filled with, as we say in France, n’importe quoi (whatever). A Japanese figurine table-piece (Takashi Murakami) rests alongside a stack of art books. And behind the desk, a giant-sized photograph of the Hong Kong stock exchange (Andreas Gursky), lines the facing wall. Now if that’s not an replica of a die-hard contemporary art collector’s working environment then I don’t know what is.