5 minutes walk from central Auckland, K-Road is known to be the red light district of Auckland City. As in many other cities, this kind of area often become stomping grounds for artists. K-Road offers range of artists run galleries, cafes, and night clubs. 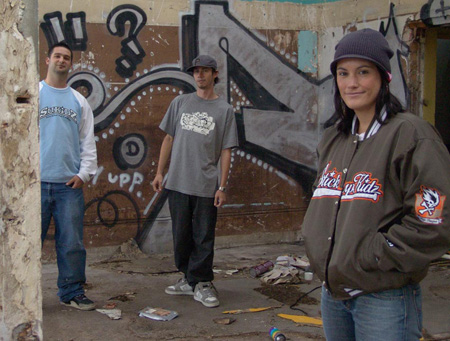 On one afternoon, my friend invited me to visit a new gallery space on K-Road called Disruptiv Gallery. As I walk in the space, I was amazed by the energy and hiphopness of the place, there were hiphop kids running around and making artwork, something that don’t usually find in other galleries. 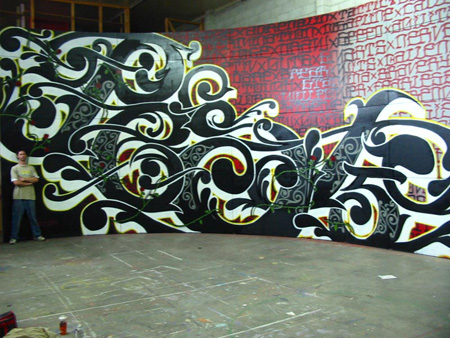 One of the three founding member of the Disruptiv collective, Jonny was really helpful in telling me about the concepts behind this gallery and the collective. 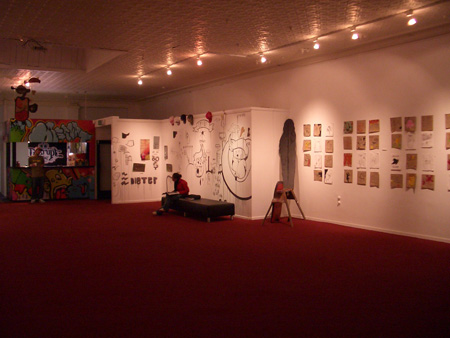 Disruptiv is one of the successful art collective that specialise in hiphop culture, not only their art and design works that incorporate their graffiti styles, but also they are busy organising gallery events featuring other artists and many other hiphop events. Their Disruptiv Magazine also prove to be a success, they have just launched their 4th issue.

Disruptiv was started by Jonny (4Higher), Elliot (Askew) and the business manager Deirdre, and their presence and talents since been noticed by other industries in New Zealand. They have worked in the areas such as music videos and TV commercials, one of the most noticed work may be their motion graphics in Vodafone ads. Jonny says that the recent popularity of Hiphop culture among young kids in New Zealand made other industries to realise the potential of hiphop culture and effectiveness of their style of Graphics in approaching these audience.