It took a while to fully explore the complex and navigate through the streams of human traffic between each of the venues. 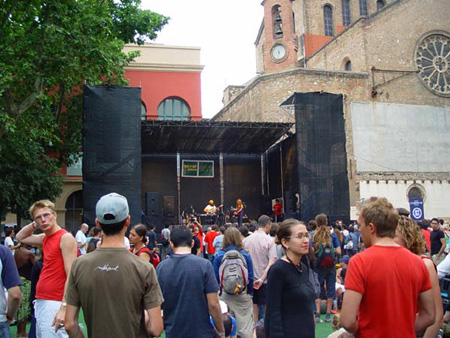 The music performances were divided into the regions of SonarVillage, SonarDome, SonarLab, SonarComplex, and the cool dark space of the Sonar Hall, down in the bowels of the Centre for Contemporary Art. 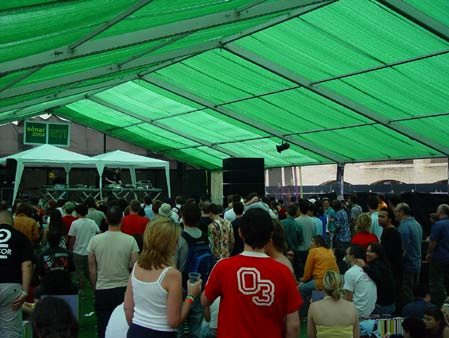 The atmosphere was really relaxed in the outdoor areas and throughout the venue in general. People could dance around the front of the stage or sit on benches and drink beer in the sun or under the shade of trees further back. 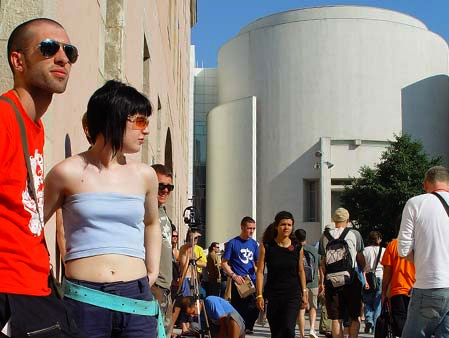 There was a diverse mixture of different people, young and old, from overtly dressed party-types to pale-skinned english tourists (of which I would most probably be mistaken for) and hip local ‘Catalanians’ looking like they’d been plucked straight out of a Pedro Almodovar film.