From 15th to 20th of April at Contemporary Art Center and Intro club of Lithuania’s capital Vilnius were drowned into some eclectic-electronic variations of nowadays local and global multimedia artists.

The new music festival “Jauna Muzika” (Young Music) hosted by the Lithuanian Composers’ Union celebrated its 11th anniversary. In the beginning, the festival constituted an alternative to other ‘semi-official’ festivals of contemporary music in Lithuania featuring the works by older generations of Lithuanian composers. For some years, Jauna Muzika festival was the only opportunity for the youngest generation of composers to showcase their works. 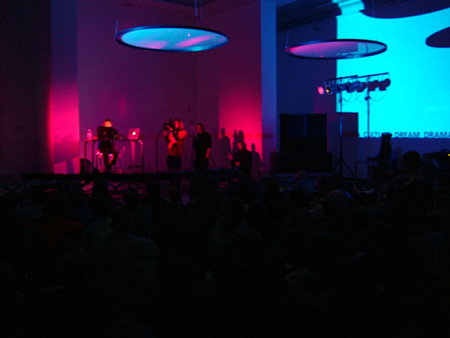 The 11th Jauna Muzika festival, once again, focused on the music of young composers. Despite of being unknown (GOD-KNOWS-WHERE-IT-IS?!) part of the world Lithuania presented some strong electronic attitude. Most of Lithuania multimedia creators (Antanas Jasenka, Ramunas Motiekaitis, Vytautas V. Jurgutis, G-Lab, Gintas K, RUT RUT) are working in/with international projects and having tasty and sure audiovisual experience. 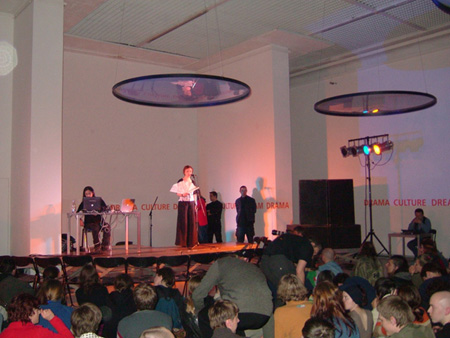 The contemporary art music apparently gains new audiences in Lithuania. This was proved by some new music/multimedia festivals such as Gaida or Centras. All concerts of the festivals were packed with listeners. The rising interest in new music and new media projects was one of the main incentives for the organizers to resume the Jauna Muzika festival. At present, Gaida and Jauna Muzika are the only international festivals of new music being held in Lithuania. 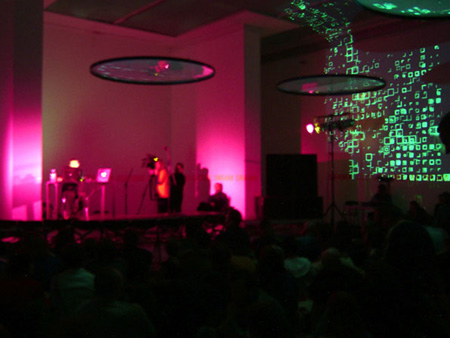 Visual support for the artist was brought as live vj set from RUT RUT (Lithuania). RUT RUT can be named as a team of people who specializes in live multimedia acts, audiovisual installations, VJing, web projects and digital artwork.