Since 2001 or so the number of Web designers in the Bay Area has diminished significantly. While the vast majority seem to have left the area for good (recent census figures show that San Francisco is still shedding people post-crash, while California as a whole grew by 500,000), a number of people have decided to stick it out, reminded perhaps of the reason they moved to San Francisco in the first place. 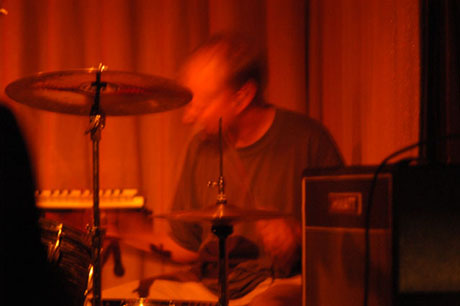 Andy Slopsema appears to be one such person. Andy’s work may be familiar to Shift readers (a quick search finds his contribution to Matt Owens‘ Codex Series 2. His site combine.org (no longer online) was one of the first to really put Flash through its paces, and is still talked about in design circles. 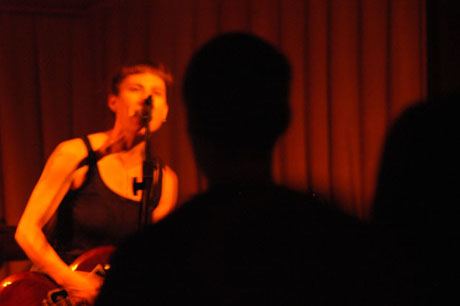 In recent years, however, Andy has been focusing more on his band Sinombre. In his own words: “When the dot-com bubble burst in San Francisco, the commercial side of interactive design left a bad taste in my mouth and I decided to focus more creative energy towards music”.

Andy found a partner in Gabriella Marks, with whom he had been writing songs since moving to San Francisco to work for design agency Construct. Their shared appreciation for angular early to mid-90s indie rock, as well as soundscape bands such as Mogwai and Godspeed You Black Emperor made them a good match. After diligently working on their songwriting and playing with various local musicians, the duo decided to get serious, and Sinombre was born. 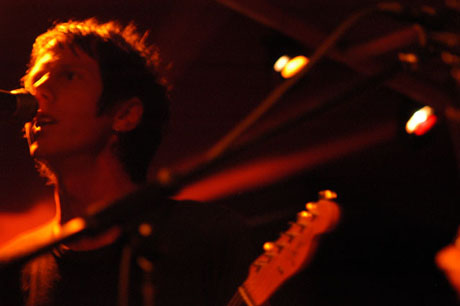 The band characterizes itself as playing music that loiters at the corner of tender noise and brittle rock, which makes sense given their influences. Their music is hypnotic and compelling, and often dissonant: the perfect to take you away while slogging through another boring corporate web project.

Sinombre’s line-up is Gabriella Marks on vocals and guitar, Matt Ricketts on drums, and Andy Slopsema on bass and guitar. Their current release “Curves of Sirens” is available on Firecode Core Records. Visit Sinombre on the Web. Photos and mp3s abound..