The lingering smell of beef quesadilla and chili from our rushed lunch filled the freight elevator as we waited to get into the Armory Show on a blustery March day in New York City. While standing in line to purchase our tickets, two women slipped us their museum passes, and we waltzed in to enjoy the show gratis.

Slowly making our way through the crowd clustered near the coat check, our eyes were greeted by Tony Matelli‘s gruesomely lifelike sculpture of a chimpanzee caught in the charming moment after vomiting. Perhaps this was an omen of what awaited us? 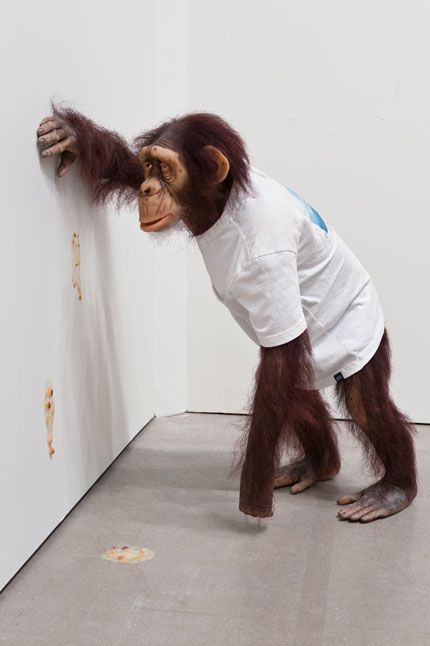 Overall the mood was light, decorative and playful, with plenty of site-specific installations that were often bizarre than intriguing. As we were quick to realize, browsing the 186 galleries demanded no small amount of endurance, so we sped up our pace early on. 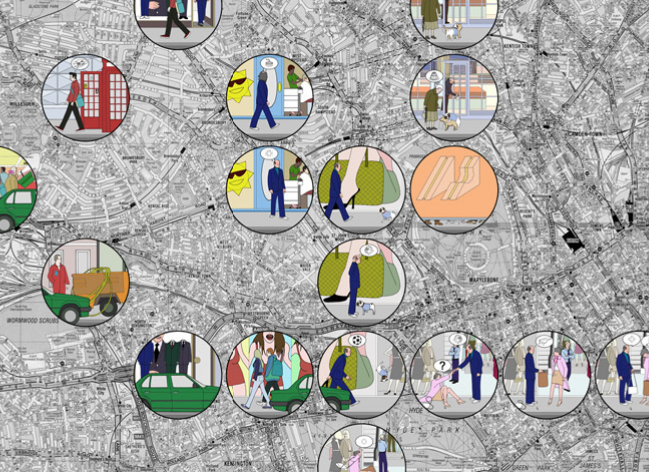 Lars Arrhenius created one of the highlights of the show: a rich wall-sized map overlaid with comic book-like images tracing a day in the life of several characters. 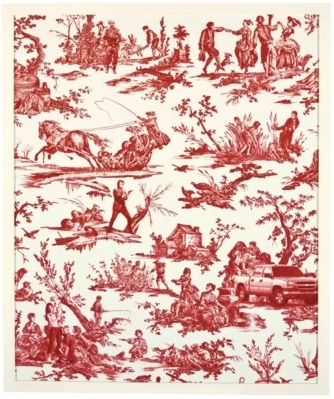 Ambling down the pier, we stopped to puzzle at what looked like an imitation of 19th century French wallpaper, but with scenes of suburban motor-city life, created by Sarah Charlesworth. 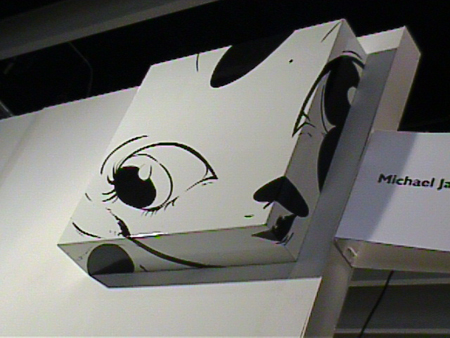