I must begin my article this month by expressing my own personal pain in the face of the terrorist attacks that took place in Madrid on 11th March. Everybody lived it in their own way. I did so like the majority: with much fear, sadness and a feeling of powerlessness…. I found out on my way to work – a friend of mine who lives in the north of Spain sent me a text message to my mobile asking me if I was ok after the attacks (I live only 15 minutes away from Atocha station). I tried to call him to find out what had happened, because I had already left the house and hadn’t heard anything about it, but the mobile lines were down. Everyone was trying to call their friends and families at the same time, everybody was walking very fast in the streets, with their mobiles in their hands, there were helicopters and police everywhere…. When I got to work, I found out what had happened and later, I saw the pictures. I couldn’t believe it. I spent all day trying to contact family and friends checking they were all ok… We Spaniards have demonstrated, we have cried with anger and powerlessness, we have tried to place the blame and we have continued with life with an underlying awareness that this world is a short fuse plagued with madmen. Tomorrow the same thing could happen in any country, to anybody… One of the phrases that was heard frequently during the many demonstrations that took place in the days after the attacks was “We were all on those trains…” And it’s true.

Following the cancellation of numerous concerts, film releases, exhibitions and other cultural events in the days following the attacks, life does indeed go on. The end of April will therefore see the third Festival Edicion Madrid (F.E.M.). An event sponsored by the Community of Madrid, Madrid City Council, The Ministry of Education, Culture and Sport and the Ministry of Science and Technology. Although there are several serious official bodies like these behind this festival, the initiative is intended to promote the most alternative and innovative culture of both Spanish and foreign artists. 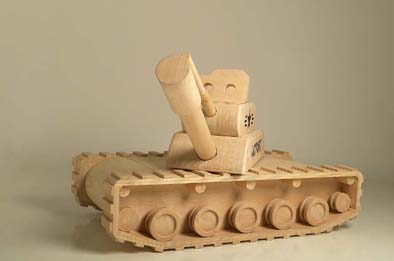 This time the festival brings together more disciplines than ever: art, video, street art, design, interior design, music, fashion and scenic arts.
The chosen venue is the Cariatides building, an incredible place that belonged to a popular spanish bank, and that is located in Alcala street, in the center of Madrid. 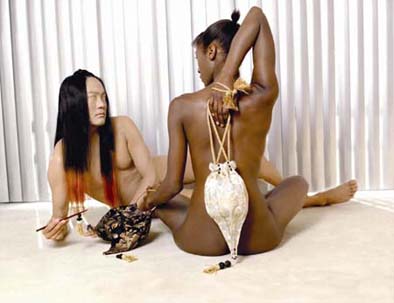 Among the participants, we could highlight the participation in the fashion section of accessory designers such as Fosca Abertran (Paris) and Lara Bohinc (London). On the catwalk, along with new Spanish talents, we will also be able to see the colourful designs of Londoner, Jonathan Saunders. In the art section there are nearly thirty artists who work mainly in painting, photography and installations, including the guest photographer, Alvaro Villarubia. The video art section will present, among other works, ten artists whose pieces are related to sleep.

One of the most interesting projects is that of street art. Organised by the shop-gallery Subaquatica, it will present the work of graffiti artists Nano 4814, Tono and Nuria and a group project by Sixe and Miss Van (French). Tristan Mancos’ new book, Street Logos, will also be presented along with a pair of documentaries also related to the world of graffiti.

There will also be experimental music (artists to be confirmed) and artists such as Rafael Amargo in the dance section.

Neo2 (my magazine) will celebrate a party in Edicion Madrid. Namosh (Berlin) will play live there. The party will be the 23rd April in the same place.