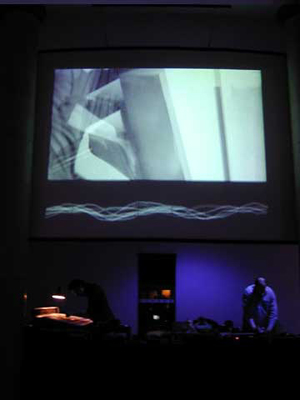 This month I’ve decided to make an interview to an interesting Milan based group of multimedia artists that are all under the name of Otolab.
They make visual video mixing and multimedia exhibitions in many Italian clubs and they generally take part to the best known Europe VJing Festivals.

Can you please introduce the Otolab project?

The Otolab project started in Milan in 2001, as a conglomerate of different projects in electronic music, graphic arts, archiecture, video, painting and multimedia. Right now we are a collective numbering about 15 people, working on both video and audio. A member of Otolab usually works in parallel on several projects, either on his own or in a team. 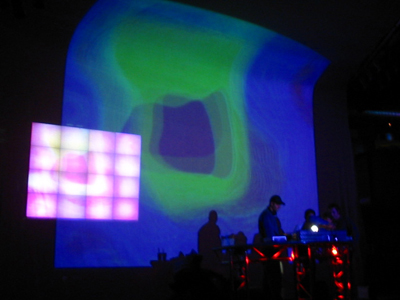 Where do you take inspiration to realize your works? Have you a philosophy,you generally follow to realize them?

It’s hard to find a specific definition of the inspiration for our works. Teamwork means that each one of us has his own way of working.
In order to collaborate, we have to compare our diverse artistic and cultural backgrounds; different opinions about aesthetic and method; different sources of inspiration . For exemple, minimalism has a strong influence on some projects authored by xo00 or Maikko.
Works from Mud or Dies Irae may remind one of industrial atmospheres. At the same time a lot of tech_data’s work is contamined by the rave-breakbeat scene; Orgone’s work has strong ties to psychedelia, and so on. Anyway, the most important part of our work takes place in the lab. It’s a common area where we can confront, discuss and eventually merge single projects, trying to investigate in depth the language of choice. 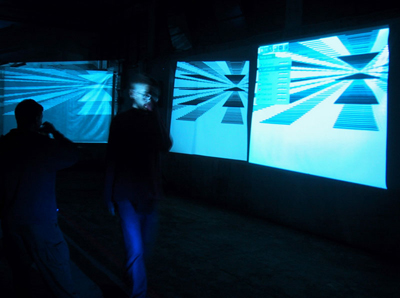 Could you talk about one work you think is most representative of your style and philosophy?

As far as teamwork is concerned, it is probably difficult to find a “most representative work”. Otolab’s most known work is probably the quartetto.swf. It’s a performance for four performers with laptops: four different files feature different, but correlated, sound/vectorial graphics; sound and video is generated by invisible mouse-dragging and by activating invisible buttons. The result is a dialogue of four audiovisual objects projected on different screens. 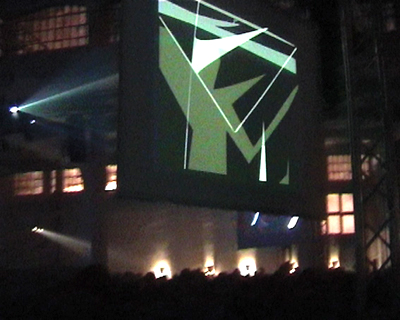 Have you one new project on stage you are working on?

We are working on a live video project for composer Riccardo Nova commisioned by Artzoyd, in which three videoartists will “play” along with the orchestra and the electronic part of the music. We are also working on an analog video-moog for Netmage04 in Bologna, as well as lots of other ongoing projects.

What do you think about the creative scene in Italy and what’s your vision for the future?

Electronic music in Italy is coming along strong. There are several festivals featuring great lineups from all over the world. There are also good club scenes in Napoli, Bologna, Torino and Rome (unfortunately less so in Milan). As to the live-media scene and VJ culture, the focus is on festivals such as Netmage and Italian Live Media; we have some excellent performers such as Ogino Knauss, Sin, Box and Milycon.