Don’t we all love urban communication and aesthetic and if there’s a city that loves walls and hates walls, then it is Berlin. A fierce battleground for writers, sprayers, stickers, slogans. Backjumps magazine was found 1994 by Adrian Nabi and is serves as a international network for artists and actionists. The exhibition BackJumps – The Live Issue is literally taking the street and putting it not in the gallery, but in a context where is to be taken seriously and street art should be taken seriously. 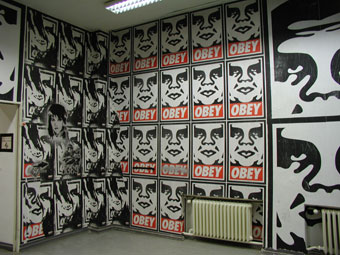 40 artists and participants contributed to one of the most coolest things to be seen here for a long time, a true celebration of street culture and attitude. What is so exciting about the exhibition and opening was the fact it was real, artworks created for the space and artists were there to talk too. A very unreal situation – anonymous artists being put in a public space and having names been put to it, a exhibition for insiders, open for the public, something illegal made legal, a secret exposed, Backjumps – The Live Issue – is very special. 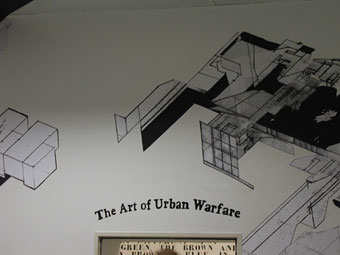 In the next 6 weeks panels, events, performances, concerts and workshops will take place in the art space Kreuzberg/Bethanien, but also in the city, and on the streets. Exciting about BackJumps – The Live Issue – is the formats in which the message is delivered – video, flash films, postage art, installations, video games, truely pleasing to see that urban art has developed from a simple tag or a poster. To top everything off the opening was a bit of a happening too, as things got late, things got wild, in the halls of the art space, amongst a very international atmosphere – stars and starters alike grabbed there markers and spray cans
and made their mark and left it – very very amusing. 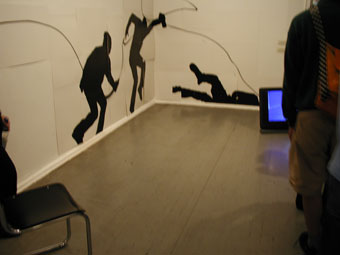 But what really excited me about Backjumps was meeting my favourite artist WK Interact, he was in Berlin for his second time and i had the chance to talk to him about his work, the exhibition and Berlin. An artist that has worked for some very big companies and almost every Japanese design magazine, been very cool about it and seems to know what he’s doing. Having a background as illustrator and in film, being fascinated by motion, his works are about capturing a moment, inner city stress tension and dynamic, frozen, graphic design for the streets, about blending in and always standing out.