In a serene, light-filled apartment close to the Artis sits Garrett Chow, one third of the Amsterdam-based street-art crew known as The London Police. Their purpose? “To put up art in cities for the public to see. We’re interested in using public spaces as art galleries”. With their distinctive characters and simple graphics, The London Police’s work can be seen on city streets across the world including London, Berlin, New York and San Francisco. 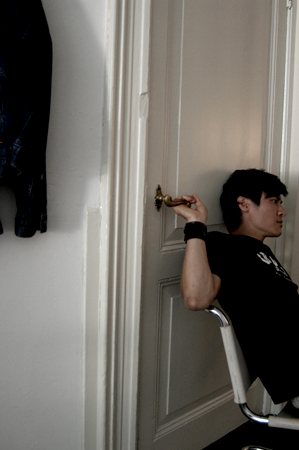 Along with fellow members, Chaz and Bob Gibson, Garrett has watched The London Police develop from a homegrown project started by the three friends almost four years ago to an internationally recognised and respected street-art ‘brand’. 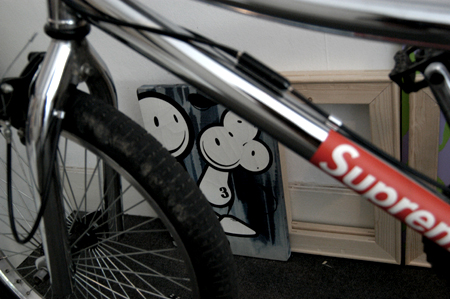 Having met on an Amsterdam street, Garrett joined Chaz and Bob in developing their passion for creating unique graff. “We started drawing on the street for no other reason than it was something we had always been into. There was no other intention other than fun. However we slowly realised that people were recognising our stuff and becoming more and more interested. It was at that point that we seriously thought about starting a project together. The name came about as a nod to us always being on the street, just like the police. And as a graff crew, the name sounds good.” 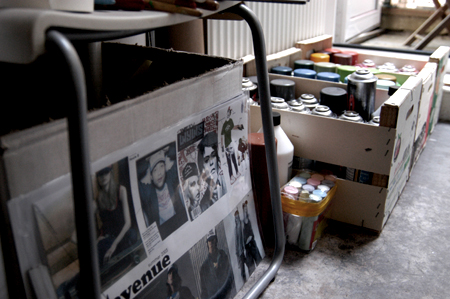 What separates The London Police from other crews is their specific approach to the characters and pieces they create, “I suppose we approach much of our work as if it was a brand. We distill it down so there is always a head, body and feet. And it is always in black and white – for a reason. Working reductively, when you see so much colour around you, enables your work to stand out from everything else around it and coupled with a simple graphic nature, helps draw the eye in to it. 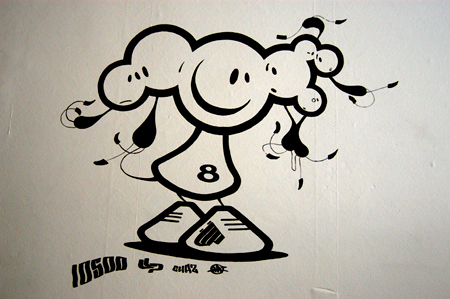 A subconscious sense of branding also helped us center our work on the concept of connecting ‘heads’ within our characters. These could be vertical or horizontal but they would still be the same characters. It’s resulted in making our characters incredibly adaptable so we can address a number of audiences in a wide variety of mediums. It means we don’t have to just operate with paint or a spray-can – we can think outside the box and not just limit ourselves to creating a piece on a wall.”