Metamorphose is an unique and has a special status in the rapidly increasing Japanese open air music festivals, not only for the size but also for the quality and wide range of participating artists regardless of their genre. The event was held at the amusement park, “Nihon land HOW Yu-enchi” spread out at the foot of Mt. Fuji on the 23rd and 24th of last August. 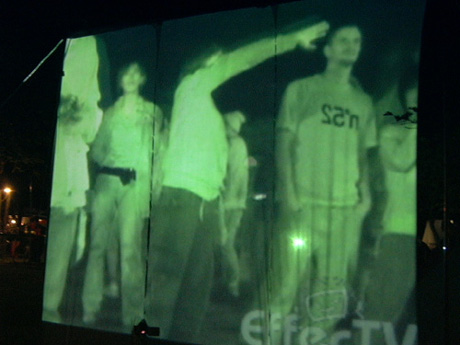 It was the world as if a toy box was turned over. This event matched the description “an amusement park of music.” A Laser light show, floating balloon in the venue, mysterious decoration and lighting here and there were coupled with the atmosphere of the amusement park. People were under the illusion that it was like sweet memories, but it was the world we have never seen. The best electric music and sacred Mt. Fuji were there. Everybody, both players and audiences, jointly owned the organic experience created when independent creators brought their talent together and collaborated in such a big box, Metamorphose. 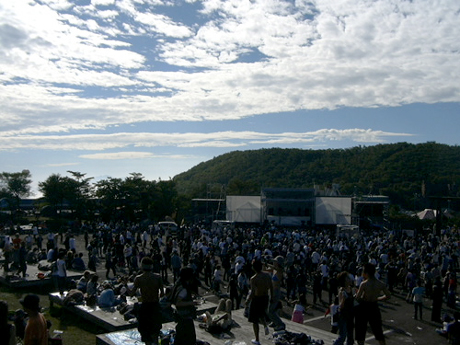 It was the “Ris” that seemed to represent the creation of this phenomenon. It is an art project set up by creators who play an active part in the Nippon art, subculture and technology scene. Naohiro Ukawa, Takamasa Aoki and other artists who represent the Japanese art scene performed in a visual installation set up in the dome-shaped venue called “Risdome”. The theme was experimental sound and motion graphics. This kind of event provides opportunities for experiencing several genres of art for people who gather by the keyword, “dance music”. 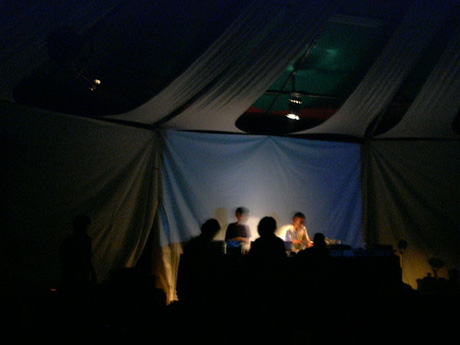 The lineup in the solar area and lunar area was like a showcase of progressive club music and was an exposition not only of dance music but artists who had the common language of sound. It gave us a fresh surprise every time. The stream from Kaoru Inoue to the last artists, Christ in last year’s solar area has been one of the best scenes in my party life. Though Christ’s smashing beat, sky and Mt.Fuji were simple components, the powerful space created by them was suitable for the finale of this event.

The differentiation between these two area was that the lunar area was on the side of full-on and Solar area was on free-style but they were blurred around the border. It is also characteristic of the Metamorphose. Green Velvet who have taken part in these last two years made funky Chicago atmosphere in the lunar area having DJ performance with special features such as moving the upper half of his body regularly. Fumiya Tanaka, Joey Beltram, Suburban Knight and Mayuri who presided Metamorphose, led audiences dancing against Mt.Fuji to the fusion of repetitive beats and amplified images. Especially impressive stage was Sebastian Legar’s. The calm playby the 24-years-old did not compel to people to dance but dance they did unconsciously turning the slow hanging groove into a large wave.