I’m going to speak to you about my 12th March 2003 evening. A few drinks and a quick Chinese lunch later, I assisted the Jimi Tenor Show in a famous Parisian jazz club the New Morning. 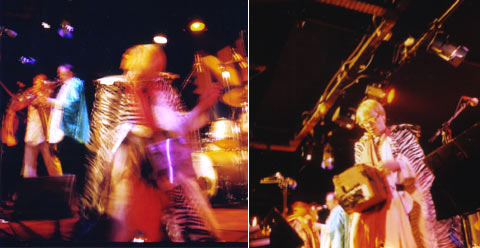 Jimi Tenor is a Finnish musician who makes great music, cleverly combining elements from jazz, funk, soul and techno into an enjoyable experience. His last LP is “Higher Planes” and he is on his European tour. 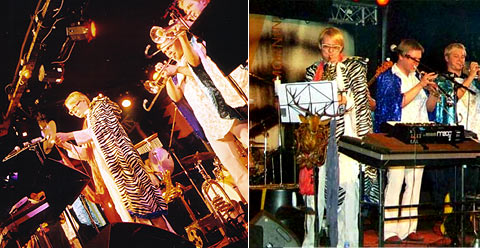 I must admit that I am not a funk fan and that I not really appreciate the brass and I have always preferred the electronic songs of Jimi. This concert changed my opinion! Jimi Tenor arrived on stage with 12 brass musicians. They were all dressed on white with strass mantles like a melting between gospel band and finish voodoo!

These guys performed a real and raw energy. It was difficult to stay stolid. Obviously, they used brass but also strange instruments as noisebox and photophone. After 1h40 of an amazing, joyous and intense performance, our 13 north boys came out.