In the world of graphic design and advertising, art direction occupies a significant role in achieving the finished product. On the rainy night of June 6th in New York City, the prestigious Art Director’s Club held its annual award gala celebrating this year’s award winners and the craft of art direction.

The Art Director’s Club had selected winners from Advertising, New Media, Photography, Illustration, and Graphic Design categories. The show, being hosted and organized by an American organization, was dominated by entries from American design firms and advertising agencies, although there were some strong entries from Germany, Japan, and several others.

Due to the economic downtime as well as the 9/11 incident in New York City last year, most of the works seemed to have taken safer approaches and many of the selected work looked familiar to one another. Yet, there were some intriguing pieces that garnered my attention. 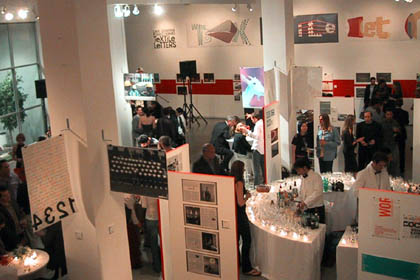 Draft Co. of Tokyo, Japan won a gold in the Graphic Design category for a limited edition of “BUCH White,” a series of 3 books, each containing only one phrase and a simple illustration. The pages of each book are die-cut so that when you open the cover, there is a sculptural form inside the book. For instance, one book has a series of squares cut into the pages, resembling a window, and an illustration of a horse on the last page.

The Graphic Design category proved to be most inspiring as the work won was most diverse. It included a print piece such as above, a title sequence piece for a TV show by Digital Kitchen, a signage piece for a building near Times Square by Imaginary Forces, among few others.

Out of many winners, one client seemed to stand out as a corporate company that consistently lets designers and art directors produce their best work. And that is Nike. In both Advertising and New Media categories, several works related to Nike won golds. Wieden + Kennedy of Portland, Oregon won 2 golds for their print ads for last year’s campaign while R/GA of New York won a gold for their website for Nike Innovation. 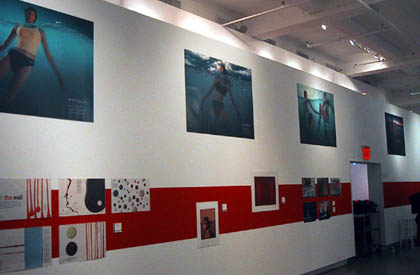 However, the Advertising category was dominated by DDB Chicago which won 8 golds out of 12 golds given, thus making this category somewhat uninspiring.

Later this year, the book containing all the winning work will be published by the Art Director’s Club. That will be a good overview and review of what’s happening in the field of art direction.