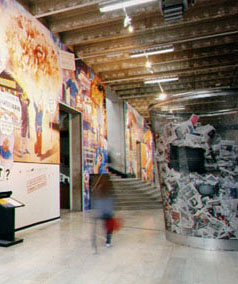 The new currency system has been introduced in the member nations of the European Union since the 1st of January. ATMs might be the first place to obtain the Euro currencies for many people. I assume that this new system is useful for travelers but it is not for residents like me. People seem to be feeling lost with it. Some cafes have increased the price of a cup of coffee to 13 francs from 11 francs because 13 francs is 2 euros. The smallest coin used be a 5 centimes coin but after this system has been introduced, we have got 2 and 1 centime, so that the chance of receiving changes has increased as well, so a purse easily gets filling with coins. As far as I know, I cannot find any advantages of using this currency so far…. In addition to this, the year 2002 is the time when the system, which working hours per a week is 35 hours, will be introduced in all companies in France. 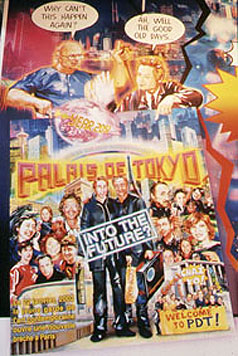 A month has passed since this memorial (?) year 2002 started. The new art centre Plateau has opened on the 17th of January in the 19th arrondissement (but it opend for four days for only this show. The official opening will be March). At the Centre Pompidou, The Designers Republic held the video production and lectures and the annual video danse presented by this centre has been holding at the moment. As you can guess from this, many events have been planed in Paris. 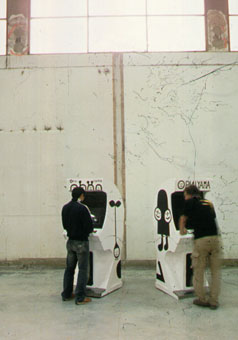 Opening of Palais de Tokyo, which had been promoted by organising the play event from a year ago, was the most vital one in these events. Palais de Tokyo, which had fallen silence and been closed for ages, has opened after having renovation. It has started its new chapter with the new interior and the new concepts. This new interior seems to be still under constraction but is beautiful. This “museum in the news” was opened from the 22nd to the 26th of January for an admission free as the opening event.