The American Short Shorts, an acclaimed festival featuring short films of promising filmmakers in her third year running has for the first time moved beyond the shores of Japan to Singapore. Together with this movement, the Singapore version includes works from Japan, Iran and Germany, totaling close to thirty short films screened over four days. The acclaimed works featured included the likes of Tim Burton’s Vincent, Academy Award nominated Seraglio and Jason Reitman’s In God We Trust. 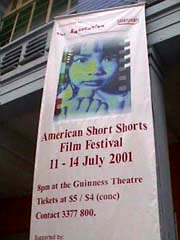 Held at Singapore’s own Home for the Arts – The Substation, the cosy screening theatre brought the short films closer to the audience, making a great impact on the minds of the audience. Thought provoking, short and sweet. Never underestimate the power of short films. With different films screened on different days, each day brings a new combination, a new experience. 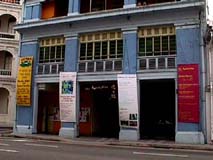 Jason Reitman’s humorous In God We Trust brought the house down with protagonist Robert’s attempts to make amends in his life when he realises that he didn’t make the score to go to heaven. With a sense of irony, a coin brings about humorous and outrages outcomes, all leading to entry in heaven. So remember to do lots of dancing (shows that you appreciate life, plus you get loads of points for it!) and look at both sides in the street when you’re crossing. 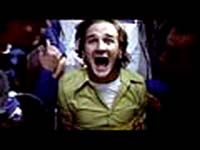 German Marc-Andreas Bochert’s Kleingeld saw a peculiar relationship between a businessman and a beggar. Reflecting ideals on responsibility, dignity and perhaps good will, it looks at humans and their complicated relationship. And how amidst the rat race, we have forgotten how to deal with human links. A reflection of man kinds’ development in the complicated world.